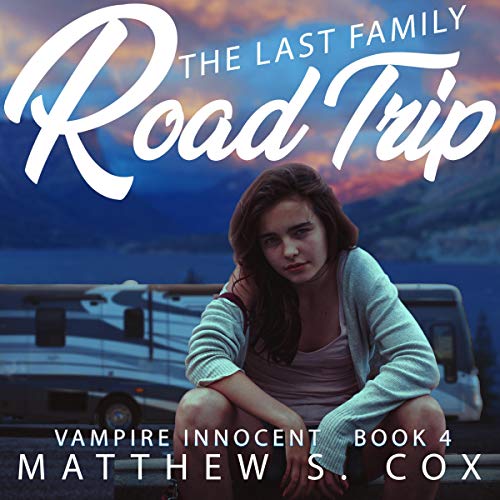 The universe holds various immutable constants: death, gravity, taxes...and the Wright family road trip. After a couple months as a vampire, Sarah’s mostly adjusted to her new unlife. Despite being 18 and immortal, she embraces staying at home. Her almost demise makes her quite aware that her family won’t be around forever. She only needs to keep her supernatural and normal lives separate. Yeah...that’ll happen.

Every summer, Dad plans a vacation-by-car somewhere across the country. Lameness has increased each year, but Sarah blames that on growing older. She thought dying might get her out of going, but her father’s not about to let something that trivial put an end to the tradition. After renting an RV and tinting the back windows, he’s confident he can bring the whole family along. Of course, as a vampire, Sarah can’t seem to go anywhere without attracting the weird...and the deadly.

New Narrator Is Not Good

This fourth book in the series has a new narrator who really spoiled the book for me. She sounded too old for the protagonist narrator, let alone her younger siblings. Most annoying was her rushed, uninspired reading style. Her strange pauses made many sentences confusing. The story is okay, picks up immediately following book three, and worth a read, (but not listen) if you enjoyed the first three. Just my tuppence.