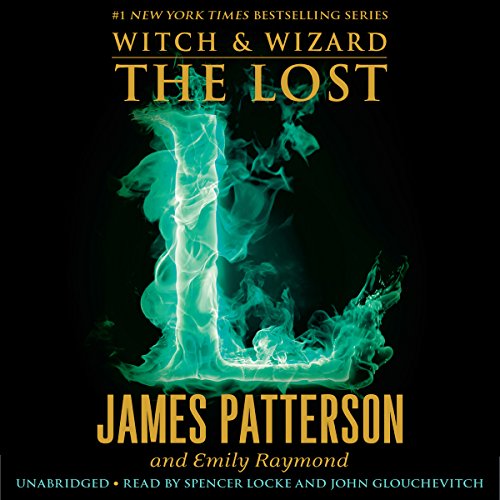 James Patterson brings the fifth and final book in the best-selling Witch & Wizard saga to a head by exposing the nature of power-and what it means for the heroes that have it.

Whit and Wisty Allgood have fought and defeated their world's most pernicious threats: the evil dictator, The One Who Is The One, as well as his wicked father and son. But just as the heroic witch and wizard start to settle into their new roles in governance, a deadly crime wave grips their city, with all signs pointing to a magical mastermind every bit as powerful and heartless as The One. Now the siblings find themselves persecuted as the city turns against all those who possess magic. They're questioning everything, including each other and their abilities. Can they confront the citizens' growing hostility and their own doubts in time to face the new enemy barreling toward their gates?

i cant believe it is over. i will miss them all so much. great book for kids or to read with your kids. or if you are like me and are a big kid you will love this book!!

Bittersweet Ending to a great Series

Twists and Turns in every chapter. Thrilling, heart wrenching, and captivating story line with a satisfactory close.

Best of the series!

I'm not sure if it was the character development, performance, or good story telling; but The Lost is the best chapter in the Witch and Wizard serious and the perfect closing to this unique story.

Would you listen to The Lost again? Why?

I really love these series! And this last book wraps the story up really great with some awesome surprises! I thought that the whole power of love them was kind of lame and soooo over done now days... but other wise its a super great story and I am so glad that they made these last book because it give the closer that you need on the story...

Way too much unnecessary swearing. This makes it impossible for me to recommend an otherwise good book for young adults or kids

I struggled to finish this book. There was so much content that just dragged out far to long or was simply uninteresting. If you've read the other three here is your bow, but they definitely make you work for it.