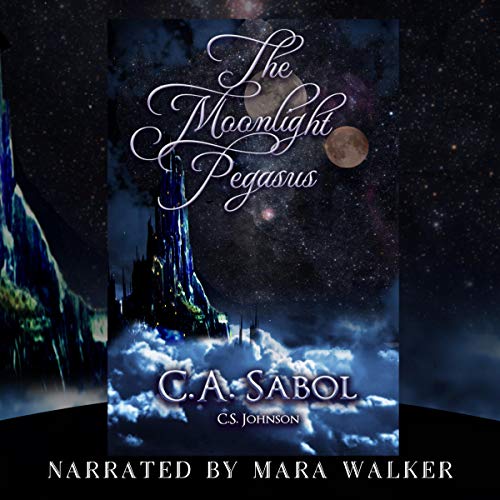 Sapphira is a desert world with little plant life, where the people live in the shadows of gray sunlight, sickened by the Dark Plague. To cure the people, the Guardian of Dreams sends the Spirit of Truth to bring the light back into his darkened world. In the form of Pegasus, he enters the world through the pure, innocent dreams of Selene, the reluctant princess and heir-apparent to the throne. Now, with her brother Dorian as king, another rebellion is stirring. All eyes are turned to Selene to bring peace through an arranged marriage. However, Selene only has eyes for her true love: her protector, Etoileon.

What a beautifully written fantasy revolving around a battle of light and dark in a truly captivating landscape and story. The narrator was great and a huge asset to the story. It was definitely hard to put down. This is a great fantasy, romance, and adventure for 4 graders and up (just because of the clean romance side).

I enjoyed listening to this book, The Narrator had a very easy voice to listen to and helped to set the mood and get into the characters from the story.

It was also very interesting how C.S. Johnson use a well know story from the Bible to make up this story, but still making it her own.

In all darkness there is light. In life we face setbacks or trails and it is our duty to get through them the best we can. This story show the difference between right (light) and wrong (evil - darkness). This book took me on an amazing fantasy journey and I enjoyed the development of the characters between siblings, friends and the love that grows from all the situation between them all.

Thanks for taking me on this journey.