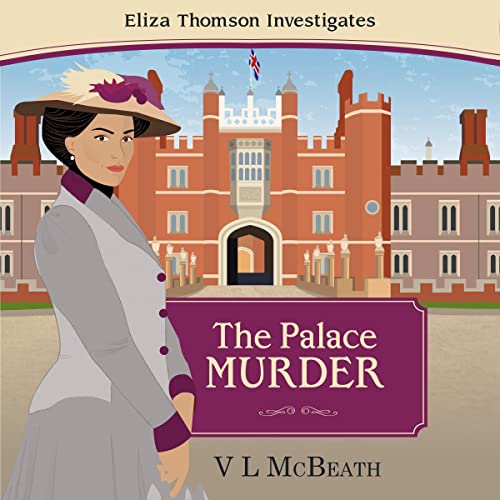 Murder, blackmail, and a maze. Eliza Thomson Investigates…an anonymous victim, a missing murder weapon, and a trail back to Moreton-on-Thames.

An unexpected finding disrupts the church day out to Hampton Court Palace, the former home of King Henry VIII. A gentleman in a smart suit draws attention as he walks through the grounds. His swagger raises the hackles of some who see him. He appears to be on a mission; as does the tall, dark stranger who follows him.

Someone knows his secrets and is ready to kill to stop his plans. With witnesses and suspects determined to mislead, amateur sleuth Eliza Thomson and her friend Connie take it upon themselves to investigate….

This is the seventh stand-alone story in the Eliza Thomson Investigates series. If you like Miss Marple-style murder mysteries and women sleuths with attitude, you’ll love this historical British series.