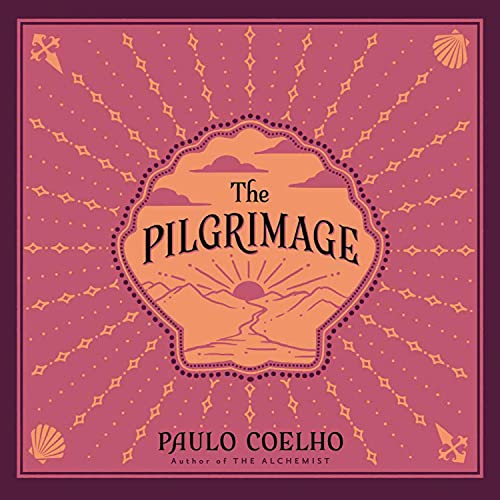 The Pilgrimage paved the way to Paulo Coehlo's international best-selling novel The Alchemist. In many ways, these two volumes are companions - to truly comprehend one, you must read the other.

Step inside this captivating account of Paulo Coehlo's pilgrimage along the road to Santiago. This fascinating parable explores the need to find one's own path. In the end, we discover that the extraordinary is always found in the ordinary and simple ways of everyday people. Part adventure story, part guide to self-discovery, this compelling tale delivers the perfect combination of enchantment and insight.

I truly didn't enjoy this book at all. I don't know if it's a translation issue, but I don't think so. He claims it's a true story. He can preform miracles and is in contact with his messenger, yet is completely and entirely identified with his ego. It makes no sense. perhaps psychedelics were the reason for his connection to these concepts, but he didn't mention them. Do not recommend.

Sorry for the poor review but just couldn't get into this. It was a little too 'out there' for me.

What did you love best about The Pilgrimage?

What other book might you compare The Pilgrimage to and why?

The Alchemist is similar yet very different, loved them both.

What insight do you think you’ll apply from The Pilgrimage?

Sometimes it takes a real "break" from the routine to appreciate what's already in front of your face!

Me = middle aged, educated, married, husband and dad, professional, executive always seeking, learning, finding depth and meaning to life ... if that describes you too, then READ THIS BOOK!

Trying to get into this book but the fake accent is distracting and driving me nuts. Totally unnecessary

The tone of the narration remains throughout that which would be used for a Halloween ghost story. If you can bear it and focus on Coehlo's story, then you'll have listened to a good book with an inspiring message.

A different path of the Peaceful Warrior

This was my first book from the author and I'm not even sure what drew me to it, but sometimes the universe just works that way and you go with it. Much like The Way Of The Peaceful Warrior, the book tells a story about a man on a quest he doesn't really fully understand. Along the way, he finds a guide who leads, pushes, and forces inner exploration that takes him to a higher place than he imagined. The book is definitely spiritual, but not religious. Despite being about a pilgrimage along the Road to Santiago with some religious references, the story isn't about church or practices of the church. Rather, it's about one man's quest to find his own connection with the divine within and all around.

It might be good for someone very spiritual & religious

What was most disappointing about Paulo Coelho’s story?

The reader was one of the 2 worst I've ever experienced with Audible.I assume his style was an attempt to add drama, suspense & mystery to the text, but it was horrendous: overly dramatic, full of lengthy pregnant pauses, affectation, pontification, etc.. The voice of the "teacher" was particularly bad. In addition to the problems previously listed, that character had a foreign accent which came & went. Between the reader's attempts at drama & a sustainable foreign accent, the outcome was dreadful. His interpretation of the narrator's voice was different but equally irritating. The entire work as read was a pretentious, portentous, overblown harangue. It made what is probably a fine book into an excruciating listening experience. I wanted to quit listening after the 1st chapter, but I optimistically forced myself to finish; there was very little improvement.

The book is probably a pleasant and illuminating read, but having heard it read thus, it is unfortunately difficult to separate the style from it's content.

I don't like giving bad reviews, but no way this one gets a pass.

What made the experience of listening to The Pilgrimage the most enjoyable?

The narrator's voice was spot on for such a book. It really captured the confusion, desperation and "lost" of that Paulo was experiencing throughout the events, and it instantly starts with such emotion which flows through the entire book. Every time you stop to listen to it, bang, you're right back into the world where you know nothing and are questioning everything, purely because of the superb narration.

What other book might you compare The Pilgrimage to and why?

It's like the Alchemist, but head on full on hard hitting lessons - lessons that make you cringe at times, but worth it.

It definitely made me uneasy at times... and laugh a few times.

Didn't want to finish it

Well read and a great adventure. Didn't want it to end. Another amazing journey of life written by Mr. Coelho.

Didn’t stack up for me

Had jut read the alchemist and was blown away and got this hoping for something similar. The narrator is not good, flat out. Story doesn’t compare.

I found the narrator boring and as such could not wait for this book to end. The story was lack
Luster and too much ego driven. I far preferred The Alchemist. Think I'm done with his books!

So disappointed by the narration. Bad. Paulo Coelho is an amazing writer but the narration totally deserves him.