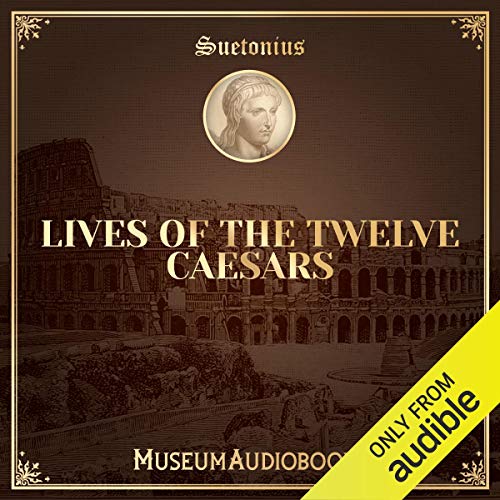 De Vita Caesarum ("About the Life of the Caesars"), commonly known as The Twelve Caesars, is a set of 12 biographies of Julius Caesar and the first 11 emperors of the Roman Empire written by Gaius Suetonius Tranquillus. The work was considered highly significant in antiquity and remains a primary source on Roman history. It examines the critical period of the Principate from the end of the Republic to the reign of Domitian.

Repeated lines, inconsistent pronunciation and poor reading skills. Do not buy. This is a very poor performance indeed!