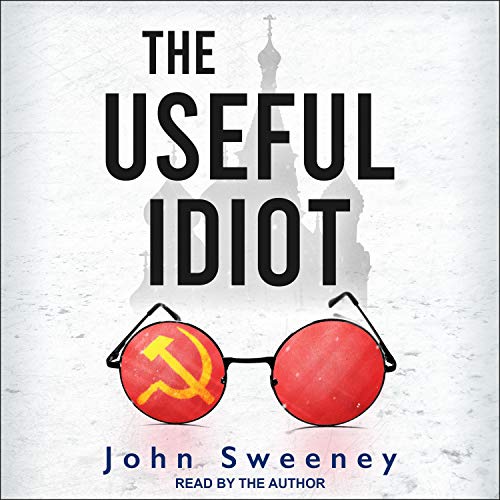 Moscow, 1932. Gareth Jones, a young Welsh reporter, arrives in the Soviet Union excited to see for himself how Josef Stalin is forging a new civilization.

He meets American and British journalists who acclaim Stalin's great experiment-but when Jones witnesses people starving to death in Ukraine, his belief in the Soviet revolution is shattered.

He must decide whether to report the truth or become just another useful idiot, saying only what the Communist secret police allow and smothering the evidence of his own eyes.

In this special kind of hell, anyone could be an informer, and Jones knows his life will be at risk if he is even thought to be defying Stalin. And when the woman he loves falls under the suspicion of the secret police, everything Jones values is in danger.

Can he reveal the terrible truth about the Ukrainian famine to the world, or will he be silenced forever?

The Useful Idiot is the secret history of the first great Soviet lie - wrapped up in an electrifying novel perfect for fans of Robert Harris, Ken Follett, Frederick Forsyth, John le Carre, and Kate Atkinson.

As Vladimir Putin rewrites the Nazi-Soviet pact, and with the horrors of Chernobyl and the Cold War so recent, this thriller of fake news in 1932 is real storytelling of enormous significance.

the describes a little known period of history, the Soviet Union in the '30, using the true story of Garrett Jones a british reporter. Jones tries to warn the world about german soviet cooperation and famine in Soviet Union, but he must fend off the plots of Ceka, the ancestor of KGB, and betrayal of western journalists