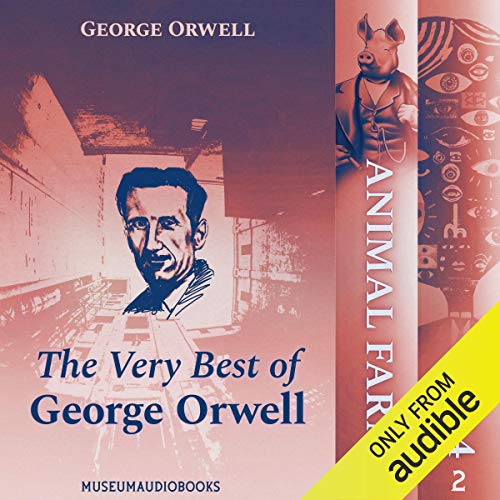 The Very Best of George Orwell: 1984 and Animal Farm

George Orwell (1903-1950) was an English novelist, essayist, journalist, and critic, best known for the allegorical novella Animal Farm (1945) and the dystopian novel 1984 (1949). Animal Farm is Orwell's classic satire of the Russian Revolution. The farm animals rise up against Farmer Jones and transform the Manor Farm into Animal Farm, an egalitarian society built on the credo that All Animals Are Created Equal. In 1984, the protagonist, Winston Smith ,wrestles with oppression in Oceania, a state where the Party scrutinizes every human action with Big Brother. Defying a ban on individualism, Winston expresses his thoughts in a diary and pursues a relationship with his colleague, Julia. These criminal acts bring Winston to the attention of Big Brother.

The 1984 story was hard to listen to, the narrator had to pronounce every sound of every word and it was very aggravating. Such as “nighT anD Day”, instead of conversational speaking. It felt like a computer was speaking. Also the pauses in between sentences were too long. The Animal Farm story was a bit better because of the English accent.

Accurate descriptions of reality and a glimpse into our possible future unless we can manage an awakening. The deadline approaches...