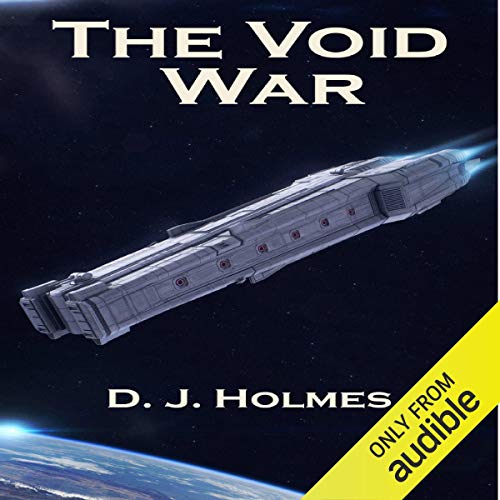 It's the year 2465, 200 years since the stars were opened to humanity by the invention of the shift drive. So began the First Interstellar Expansion Era, catapulting humanity into a deadly race for the limited resources of navigable space.

Now tensions between the human nations are threatening to boil over into open hostility. Into this maelstrom steps the exiled Commander James Somerville of the Royal Space Navy. Banished from London to the survey ship HMS Drake he is about to make a discovery that may change his fortunes and throw Britain into a deadly war with its closest rival.

This book is a ripoff of Nutall's Ark Royal series. This author even uses a lot of the same terms. The super metal premise is dumb and unnecessary.

The reader reads every sentence like he's reading copy for a radio commercial. It is super annoying. I had to stop. Couldn't listen to the whole thing. Maybe the story is good but the reader was too annoying. Plus, he mispronounces "politburo" and his Chinese accent is like something from a bad 1940s movie.

Looking forwatd to the next book in the hopefully long series.

The universe that The Void War is based in is very fleshed out and interesting. Its a little bit of a slow start with the amount of names there are but you start to be able to pick out who is important before it becomes so crazy. You empathize with James, throughout the story understanding why he does what and what he believes it will accomplish. The references and little trickles of info you get about the other parts of the explored human universe is fascinating and make you just want more. The author even has a map of explored space up on his Facebook so you can visualize where everything is happening. All in all I would recommend this book to any dedicated sci-fi fan.

Where does The Void War rank among all the audiobooks you’ve listened to so far?

This is an amazing first audiobook in a series, from D.J. Holmes, that follows adventures of the British commander James Somerville in space. Unlike many other sci-fi books that are look-alikes, the author used some innovative terminology to describe space warfare and included a very complex political situation in a story. The book is packed with action, very well written with nicely developed characters. It is highly entertaining and I recommend it to all the space opera genre lovers.

Great story about a captain that finds himself in a war between China and the UK in the distant future. Amazing action sequences an phenomenal narration. Great way to pass the time!

I am a fan of mostly anything that involves action in space (movies, books...) and this audiobook was a pleasant surprise that exceeded my expectations. It is a fast-paced space opera with a perfectly developed story and believable characters that I liked. I also loved the way the battles were described and how the author imagined space exploration would be. If I could, I would listened it in just one sitting, now I can't wait for the next book in the series!

I enjoyed the book lots of action good story line not too many characters to be overwhelmed.

story ok, but narrator hard to listen to. got 2nd book on a 2 for 1 & hope next won't be so hard to get past narrator to enjoy story.

great series, I've read/listened to the whole series. So far twice through 4or5 of the books.
I'd recommend the whole bunch. There are 2 books in the series that to me do not measure up and are just average. But that's because the series has set a high bar. I picked this book up around the time the 2nd came out and have always been on lookout for new releases.

This is the first series I have read where earth has intersteller travel and several nations are exploring the stars. The politics in this series is right on. Very good series overall.