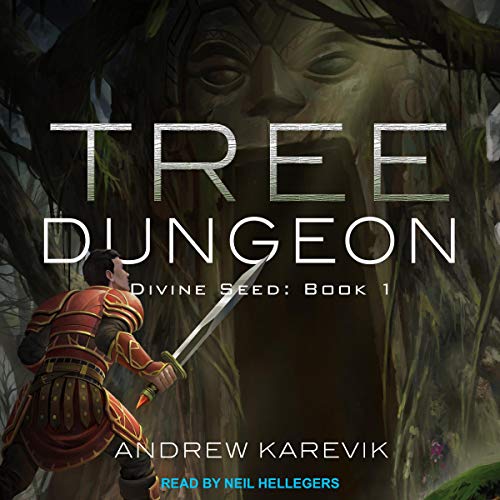 This wasn't supposed to happen.

The gods should have agreed to fight the giants and let Ragnarök run its course and bring about the end of time. For a new world could only rise from the ashes of the old. But because the gods prophesied to die refused to take part, Yggdrasil - the World Tree - was forced to act before the stalemate led to the annihilation of the nine worlds and its very existence.

And so I was born.

One of the many seeds dispersed by the mighty World Tree, I was teleported through different planes and universes to find a new home where to settle. Eventually, I landed in a strange forest known as the Feverwood. However, this place is nothing like my home world. Here, there are no mighty Vikings or Valkyries, but humans, elves, orcs, and other strange creatures.

If I want to flourish and carry on the World Tree's legacy, I will have to grow my roots and expand my branches towards the sky. But if, at first, I rely on the ambient magic to power my growth, as my Mother did before me, I quickly learn that there's a far more efficient way....

I really enjoyed this book.
It has decent world building and nice dimensions to its characters.
No music or sound effects.

I would recommend this story to those who would like these themes.

More authors should be like this one. This is a great story without all the filth.

Ragnarok has occurred and the world tree has died. As it's last act, it sent out acorns to form new world trees. One such acorn landed and grew into a mighty tree. As it grew in size and awareness, it became aware of adventurers. More importantly, it discovered that when an adventure dies, a burst of magical energy is released. This energy can be used to help make the world tree grow large and powerful enough to fulfill it's goal. To be so majestic as to hold the court of the gods within it's branches. The world tree sets about it's new plan to create a dungeon to gather more of this energy.

This is one of the few books that I have read where the dungeon is not controlled by a dungeon core. The world tree has different goals. One of the main components of this story is the gods of this realm. A significant portion of the book is spent with them. This was a very nice change of pace from the normal dungeon core novels that I have read. I would recommend that you pick up this book and give it a try!

Not bad, not good

The storyline is rather plain and usually predictable. I can't say I liked it or disliked it, nothing new here. However, the thoughtfulness put into the character Immix leaves me hopeful that Andrew Karevik can step up his game in the future.

I just could not finish this story. The main character, the tree, has a power growth that consists of the author stating the power exists, then using it. No progression, no cause and effect, no foreshadowing, no narrative. Just a tree going "And then I created intelligent life! It is a thing I can do for reasons!" And then it is never used in any meaningful capacity.

this has been one of the best LITrpgs I have ever heard or read, I would recommend this book to anyone who enjoys this genre!

The narrator was a pleasure to hear, all the thing the world tree did was always a head of the curd. Hopefully the rest of the series come too.

Not bad Not great

Overall it's not bad but nothing really stood out it's bit too serious through the whole book for my tastes. Story kind of takes some leaps and has some very cool ideas but the ideas don't mix well