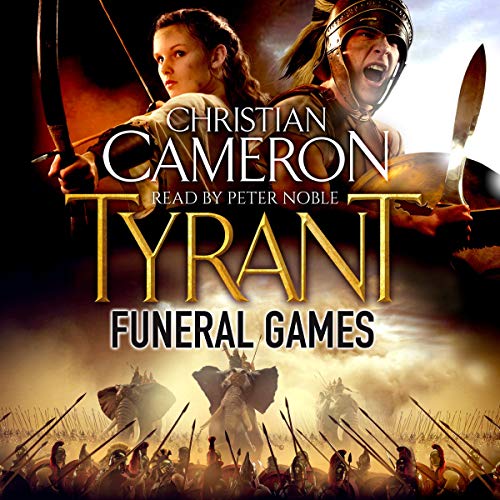 An action-packed tale of betrayal and revenge set amid the war between Alexander the Great's generals and climaxing in the most spectacular battle of the ancient world.

Satyrus and Melitta, twin heirs to a rich kingdom on the Black Sea, become desperate fugitives when their mother, the Scythian warrior-princess Srayanka, is cut down in a savage act of betrayal. Accompanied by their tutor, the Spartan Philokles, they must make a perilous journey west, pursued by ruthless assassins, to find sanctuary with the army of their father's closest friend, Diodorus.

But Diodorus is caught up in the tangled web of alliances, betrayals and intrigue that followed Alexander the Great's death, as his generals fought over the huge empire he had created - and soon the twins will have their first taste of real battle as two Macedonian warlords clash. In this violent and unstable world, they must choose sides carefully, as Antigonus One-Eye and his brilliant son Demetrius prepare to take on the might of Ptolemy's Egypt, and the forces gather for the biggest and most spectacular battle the world had ever seen - Gaza.

Among the best of Historical Fiction

I don’t know if Christian Cameron doesn’t get mentioned in the same breath as Cornwell, Scarrow and Giles Kristian (I’ve elevated Kristian into this top group ever since I finished Lancelot) because he’s American or just because it took a while for his books to reach a wider public audience. He should be. Everything he writes is fantastic, and this was no exception.

I don’t want to get into the subject matter of the book because I hate taking anything away from future readers, but rest assured he picks up the Tyrant series just as he left off, a great book from beginning to end with characters you grow to know and find ways to relate to along with largely accurate descriptions of historical events make for a must read if you’re a fan of historical fiction.

I can't get enough of this series. this book was wall to wall action.