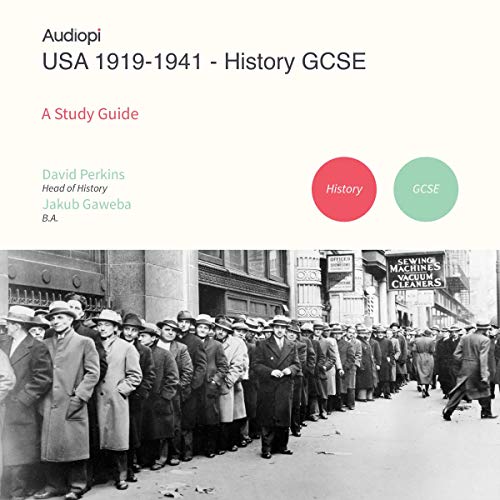 American influence across the world really started to be felt for the first time during this period of study. The Roaring '20s conjure up images of wealth, parties, music, gangsters, cars and an emerging Hollywood. The cultural influence of the US was starting to spread. The 1930s Wall Street crash and subsequent depression reverberated around the world and still do. Our GCSE History series for USA 1919-1941 has been written by Briton Dr David Perkins and American historian Jakub Gaweda and gives a fascinating insight into these turbulent times.

The chapters for this series are as follows: