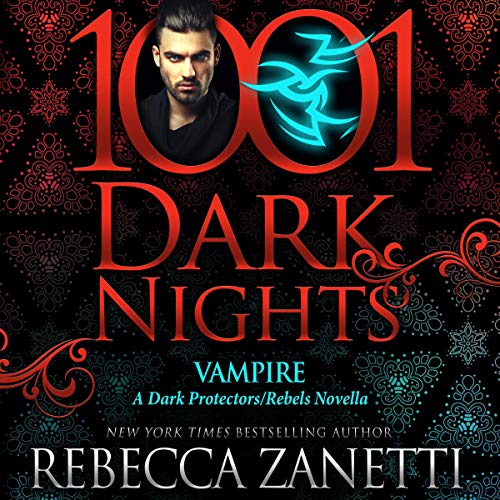 Dr. Mariana Lopez has finally stopped bailing friends out of difficult situations. Well, except for substituting as the leader for another anger management group, pitching in as a campaign strategist for a prospective sheriff, and babysitting three dogs. Even with such a full life, she can feel the danger around her - a sense that something isn’t right. Nightmares harass her, until the real thing comes to life, and only the dark and sexy male sitting in her group can save her. However, with safety comes a price she might not be willing to pay.

Raine Maxwell is one of the Maxwells out of Montana, which means he's not only one of the most deadly vampires alive, but his path is set and his mate has been chosen for him. To save him - to continue his line. Unfortunately, his mate is an enhanced human female who has no idea of her abilities, of his species, or of her future. He’d like to lead her gently into this new world, but his people aren’t the only ones who’ve found her, which puts her into more danger than she can imagine. Plus, in order to follow his laws, he only has one week to convince her that immortality with him is what she wants - and needs.

**Every 1001 Dark Nights novella is a standalone story. For new listeners, it’s an introduction to an author’s world. And for fans, it’s a bonus book in the author’s series. We hope you'll enjoy each one as much as we do.**

This was a great ending to the latest trilogy of 1001 dark nights books by Rebecca Zanetti. Raine and Mariana are wonderful together. And it was fun to catch up with Benny, Abby, Noah, Tabi and Evan. I really hope that the whole Maxwell family will get their own stories too.

I loved it!! felt like I was in the story. Rebecca Zanetti did it again!!! Her characters jump off the pages.

Another great read in the "Dark Protectors" series

Narrator makes the action packed storyline suspenseful. I can't wait for the next book in the series.

Hotter than most of the novels I've listened to! Well written and very descriptive. I look forward to finding more from this author!

These stories are always great. The change to Stella Bloom as narrator was genius ! Let's keep her on this series!

🌻I just wish it was longer🌻

I have enjoyed this side story, to the original series. All the novellas have been lite, easy listens wrapped in a bit of humor. This story didn’t have any of the Realm characters, included, but some of the other’s have. My only complaint is that I wish that this collection was made up of full length novels!

Great read. Always happy to be back in the dark protector universe. Nice detour with some new characters with a sprinkle of familiar ones. Sounds like there might be some more adventures happening in this little town...