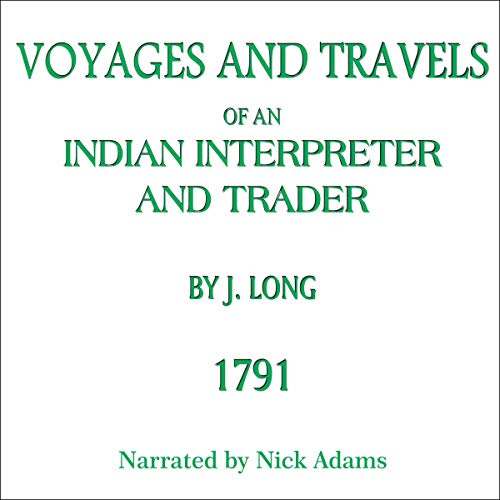 In 1768, John Long set out from Gravesend in England, bound for Canada and a position as an articled clerk. Quickly developing an affection for the First Nations people he encountered, he determined to learn native languages and thereby make him useful in the 'Indian Trade' living first among Mohawks at Cahnuaga (Kahnawake) and later, among Ojibwa and Cree people north of Lake Superior.

Long's journal provides a thrilling depiction the life of a fur trader in the late 18th century. It is a dangerous world, where starvation, torture, murder, war, disease and misfortune are constant threats.

Although clearly writing for a contemporary English audience, with all the attitudes and sensibilities that required, Long's affection for and comfort with the First Nations people with whom he lives and works comes through strongly - indeed, even when offered comfortable accommodation within the officers quarters at Michilimackinac, he prefers to continue to live outside the fort with his First Nation friends and partners. The stories he tells about life on the fur trade frontier and the hazards and dangers he encounters are described with frankness and humor, neither aggrandizing his own achievements or diminishing those of others.

While Long's Voyages and Travels has been republished a number of times. it is still not well known. This is a tragedy, as few other works provide as clear and engaging picture of life on the fur trade frontier.