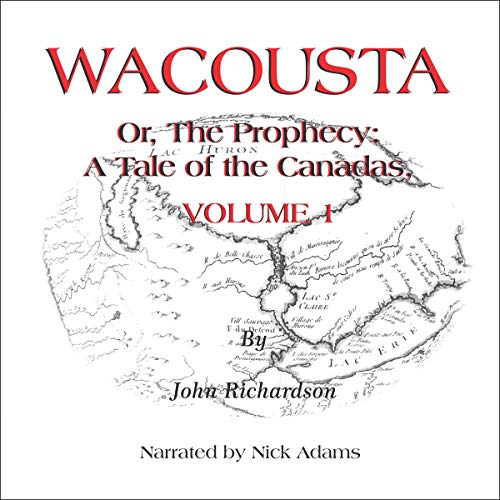 Wacousta, by Major John Richardson, is set at Fort Detroit and the surrounding country during Pontiac's rebellion of 1763. The mysterious warrior Wacousta has aligned himself with the First Nations forces who are besieging Detroit and Fort Michilimackinac on the extreme western edge of the British North American frontier. Pontiac is determined to stop expansion into the region, by any means. Wacousta is a great friend of Pontiac but has his own agenda - revenge against the British Commander at Detroit, Colonel De Haldimar. The story begins with Wacousta stealing in to the secure fort and whispering something in to De Haldimar's ear. Only later to we discover the nature of his message. Meanwhile, Pontiac designs a clever scheme to break the siege at the well-defended fort - a scheme so cunningly designed as to have every chance of success.

This book was written in 1832 and incorporates all the attitudes and perspectives of class, race, and culture prevalent at the time. Some of the terminology is now considered offensive but was common in the 19th century. I have only removed a single word, which I will not say, but have left all other intact. The style of writing is extremely convoluted and complex. Sentences often run on for a page or more and extracting the meaning and flow from the text is a challenge; I hope hearing it helps.