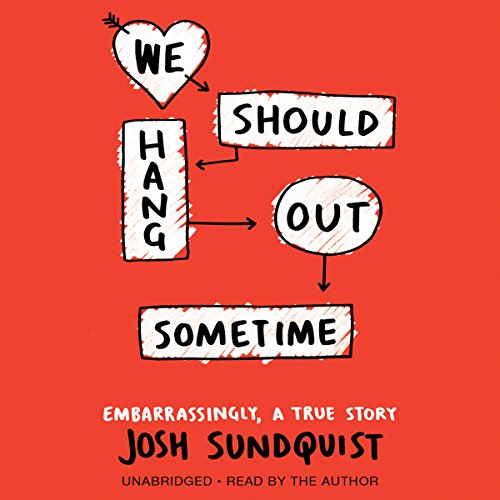 When I was 25 years old, it came to my attention that I had never had a girlfriend. At the time, I was actually under the impression that I was in a relationship, so this bit of news came as something of a shock.

Why was Josh still single? To find out, he tracked down each of the girls he had tried to date since middle school and asked them straight up: What went wrong?

The results of Josh's semiscientific investigation are in your hands. From a disastrous Putt-Putt date involving a backward prosthetic foot, to his introduction to CFD (Close Fast Dancing), and a misguided "grand gesture" at a Miss America pageant, this story is about looking for love - or at least a girlfriend - in all the wrong places.

Poignant, relatable, and wholly hilarious, this memoir is for anyone who has ever wondered, "Is there something wrong with me?"

(Spoiler Alert: the answer is no.)

"An autobiographical account that's equal parts hilarious and cringe-inducing...While his recent interviews and meetings with the girls from his past are often just as uncomfortable as their dates were, they also lead to answers as genuine as his narrative." ( Publishers Weekly)
"Sundquist is a storyteller - flawed, wry, laid-back and sympathetic. Anyone who's felt awkward will alternately (or simultaneously) wince and burst out laughing at his earnest misadventures with stalkers, 'Close Fast Dancing' and flow charts... but above all, they'll be rooting for Sundquist to hang out with a girl. Funny, sympathetic and poignant, Sundquist's memoir has a high probability of success." ( Kirkus Reviews)

I found myself increasingly connected to your story the longer I listened, and there's two main reasons why.

1) Because I've passed over guys before who liked me and never made a move, because they never said anything. BUT, I never said anything either, just like you, so I could relate! Since I knew this reasoning, I was practically screaming at you through the book, "Have confidence in yourself, you dummy!!!" haha.

2) My second reason is because I've over-judged myself in many ways over the years and I know it's affected my relationships through high school and college. I was always too harsh on myself and assumed no one would ever truly love me, and after a few "negative" relationships, I was going to stop trusting people all together and stop dating... I'm sp glad I met my current boyfriend Chris and took one last chance and elected to throw my heart in the open and trust him, because like your Ashley Sampsonite, he keeps me balanced. <3

So, thank you for the heart-to-heart and for all the fun math puns (good to know there's other cool nerds like me who love math ;D yea~ ), and I'm gonna go look into more books and material from you! :)

What would have made We Should Hang Out Sometime better?

A different narrator may have given this a shine. I was shocked to learn halfway through that this guy is a motivational speaker. He was so flat and had no personality. He mentions several times that other people tell him he's funny and I was like ... really? Do they?

What could Josh Sundquist have done to make this a more enjoyable book for you?

Have a personality. Have more than one speaking tone. Maybe don't speak about the "friendzone" with absolutely no sense of irony or self awareness.

Would you be willing to try another one of Josh Sundquist’s performances?

If you could play editor, what scene or scenes would you have cut from We Should Hang Out Sometime?

Maybe everything up until chapter 31. In some ways this was just bizarre. I almost felt like I was listening to an alien describe what it would be like to learn the ways of humans.

How are you going to write a book with literally the exact plot of High Fidelity (published 1995, adapted into a feature film in 2000) and never once mention High Fidelity?

I got tired of the same theme over and over. true story... ok... just to boring and to long.

how to disabled woman myself, I found the story inspiring and relevant and though I'm not an amputee I totally felt as insecurities and it gave me some insight into myself.

this is such a me book except for tube fact that I've never been good with math or science and never tired really hard to date. but if I did this would totally be me. listening to Josh tell the story himself like a conversation. glad I read this it was fun

It was interesting. I think based on the reviews, i thought more of it, which is what provoked me to buy it. Upon experiencing it for myself, i thought it was just ok. I did not feel bad for the guy and his story did not push me to tears. But it did hold my attention and i got thru the entire book. It was nicely narrated and easy to listen to.

I loved this book soooo much! I finished it in one day (thanks to my trusty audible!). I think it's such a uplifting story about constantly thinking that this one flaw can change you're whole life. I really do recommend this book!

This is a book about the love life of a guy with only one leg. It's a look into the mind of a guy, his thoughts on girls, and his battle with only having one leg. It was an interesting read.

loved that josh read it himself! I laughed so much! very entertaining and easy to follow! we should hang out sometime josh!

its a must read for anyone who is in self knowledge.

also check him out on youtubes!