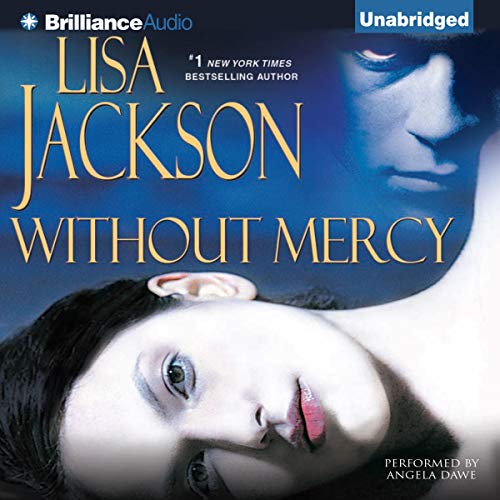 Ever since her father was stabbed to death in a home invasion, Julia “Jules” Farentino has been plagued by nightmares. Her half-sister, Shaylee, now 17, has had her own difficulties since the tragedy, earning a rap sheet for drug use, theft, and vandalism.

Still, when Jules learns of her mother’s decision to send Shay to an elite boarding school in Oregon, she’s skeptical. Blue Rock Academy has a reputation for turning wayward kids around — but one of its students went missing a few months earlier and her body has never been found.

On impulse, Jules applies for a teaching job at the Academy. Shortly before Jules arrives, a student is found hanged, another near death, and a hysterical Shay believes it’s murder. Then another girl is found dead. There’s no doubt something sinister is at hand. And Jules has become the next target of a bloodthirsty killer without limits, without remorse, without mercy.

Lisa Jackson books are never so-so...I enjoyed this book as I really like all her books.I could not stop until I finished it. I am a real fan and can't wait for the next one.

The build-up was too slow, finally leading to disturbingly graphic scenes of violence, and reasonably riveting climax. The narrator couldn't be better at handling the variety of characters. The story actually only became interesting to me at the very end, but I can't say why because that would give away the ending.

So painful. But I normally enjoy Lisa Jackson so I pushed myself to finish.

loved it. thrilling. wonderful twist at the end. I would definitely recommend if you are a mystery thriller lover.

Did NOT see that coming!

I loved the story and of course my favorite is Angela Dawe as a narrator.

Good 70% off members sale. I am huge fan of narrator ms Dawe, over 100 of her reads. Do not ms Marcia Clark Samantha Brinkman series or the great Julie Garwood Sweet Talk. Me Dawe did a great job on this mystery.
This author is not for me as she is too repetitive. Stories narrated by ms Dawe and and Whelan were good as they made you over look that the stories needed to be better edited, hence my title. This story was very creative, make no mistake and like author Sandra Brown, a great mystery ending.
Were my comments of help?

The narration was so bad that I honestly don't know if it was a good book or not. What I was able to absorb of it seemed pretty decent, but the awful narration was just too distracting to make it enjoyable. Total waste of a perfectly good credit and of several hours!

I only gave this book two stars because Lisa Jackson wrote it and books from her pen usually earn a four or five from me. Otherwise, I would have given it a one star rating. Without Mercy is probably a pretty darn good book. I wouldn't know, though, because Angela Dawe has to be the worst narrator in the business. Her reading of the material slides from being so loud that I had to reduce the volume, to being so quiet that my Bose volume didn't go up high enough for me to understand what she was saying and this up and down went on throughout the book. I don't know what her purpose was but it went way beyond irritating, right to infuriating.

I missed out on much of the characters' backgrounds and motivations. Luckily, these were recapped in the epilogue. After struggling through the entire 13 CDs, I gave a minute's thought to listening to the book all over again to see if I could discern what I had missed, but that's all it was, a minute. I couldn't put myself through that torture again.

From now on, when I look at an audiobook, I will read the synopsis first, then check to see who the reader is. If it is Angela Dawe, I'm sorry. but it's on to something else for me