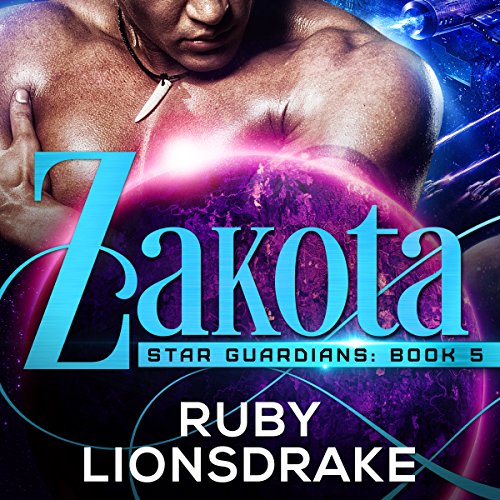 Katie Saunders isn’t used to sitting on her butt, but she’s been stuck doing exactly that as the Star Guardians fly all over the galaxy, trying to get her and the other kidnapped women back home. Now, it looks like they have to engage in a battle against evil aliens before making the final flight to Earth. Since they’ve captured an extra ship and are short on pilots, Katie wants to help.

She flew jets during her time in the navy, and she’s been training on the spaceship’s flight simulator, so she knows she can be useful. Because the captain won’t listen to her, she turns her focus onto the ship’s helm officer, Zakota. He’s an odd man who apparently believes he’s a shaman, but maybe she can convince him she can fly.

Wheeling and dealing with Zakota reveals a couple of unexpected things. First off, he’s super hot under that uniform, and second, he’s not quite as kooky as she thought. As a fellow pilot, he gets her, far better than she expected anyone out here would, and he’s quick to see her worth in the cockpit.

The problem? There’s not time for them to get to know each other better or much of anything else. They’re headed into a battle against a superior foe with superior numbers, and the odds are against them making it out alive.

Turned out to be a great series

I wasn’t real crazy about the first book of the series so I wasn’t sure if I would continue with it. But I was familiar with another series by the author under this nom de plume that I really liked. So I went ahead and listened to book 2 and it just got better and better from there. The women in the series had to go a long way to get to where they wanted to be and the men supported them all the way. I liked the balance between adventure and romance. Ms. Leheny always does an awesome job.

Ruby, loved the epilogue and how it made it possible for more stories.
I do wish it had been fleshed out more though.
good wrap up for the 5 books and made me want more of the Star Guardians stories and continued inserts of current characters into future books :)

Excellent ending to a series

I have listen to all books in this series. The story line is excellent. The best part is the diversity of the heroines. They are smart, funny, and heroic. The epilogue for this book ties it all together. Well done Ms. Lionsdrake!

I loved this series(although I wish it were longer)! The epilogue had me laughing out loud and tied off the series wonderfully!

I loved this whole series. Best thing about this book is that it brings everything to a satisfactory conclusion. The author then takes us into an extended epilogue where we learn more about the fates of each of our couples.

The battle scenes are engrossing and very much in keeping with the adventurous spirit of the previous installments in the series.

If you enjoy science fiction and Romance together, you won’t want to miss a single one!