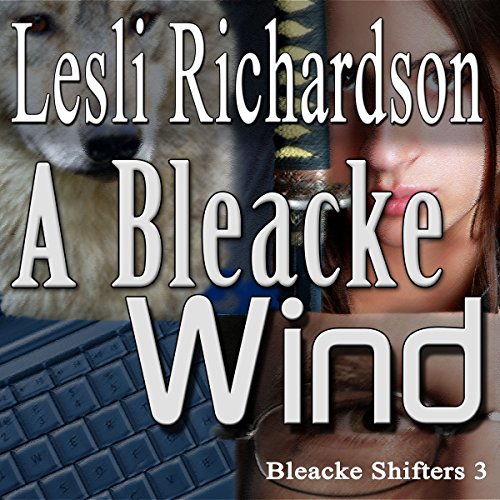 Written by: Lesli Richardson
Narrated by: Audrey Lusk
Try for $0.00

Dewi Bleacke is the Targhee wolf pack's Head Enforcer. As little sister to the pack's Alpha, her older brothers have demanded she has a froufrou formal wedding. Dewi's only consolation is that it'll be a double ceremony, with Beck and Nami saying their vows, too.

As they prepare to head to the pack's compound in Idaho, Enforcer Joaquin Carlomarles shows up at Dewi's front door. Dewi had assigned him to Mexico to get him out of her and Beck's fur, but now he has the head of a drug cartel on his tail, looking for revenge.

With orders to bring Joaquin to Idaho, Dewi and the others set off. Then, an unexpected mating throws yet another monkey wrench into the plans. That's when danger finds the Targhee pack, forcing Ken to extremes he never dreamed for survival. Keeping himself and Nami alive in the Idaho wilderness might even require help from an unexpected source, as answers to old tragedies are delivered on...A Bleacke Wind.

What listeners say about A Bleacke Wind

I actually listened to the Audible version but that isn't a choice for format. This story is full of action and while it introduces us to a new mating it also helps us reconnect with the other pairs as they prepare for a wedding. I like the way this one focuses more on the perspective of the human mates. I also like the interesting foreshadowing for the next book. There are dark moments but also moments that bring out the humor in dealing with such strong personalities. There are also fun surprises.