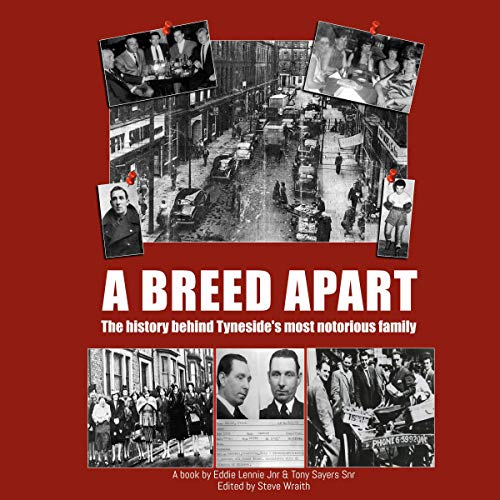 Every village, town, and city has its share of notorious names and infamous families. Ones who seem to capture the headlines and imagination of its inhabitants. On Tyneside, one family name has long been synonymous with controversy and crime for decades, yet their lifelong conflict with the law began over a century ago.

In this dramatic story, we take an inside look at a family that lived outside the law. Forerunner to the best-selling crime book The Sayers: Tried & Tested at the Highest Level, this book tells how one family's battle lines with authority were drawn up as early as 1886.

This book gives a different perception of a family you will have heard of and the people that they come from. People who, even in their world, really were a breed apart.

What listeners say about A Breed Apart