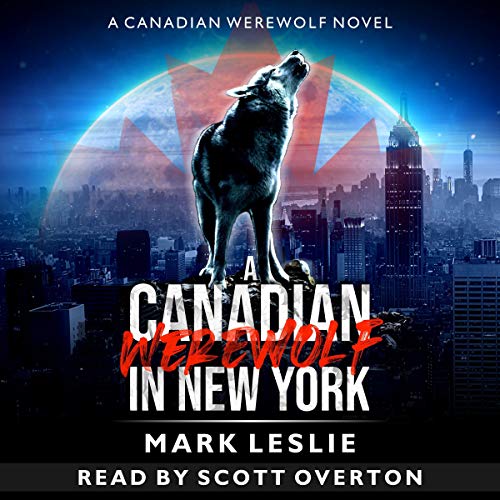 A Canadian Werewolf in New York

Written by: Mark Leslie
Narrated by: Scott Overton
Try for $0.00

Michael Andrews seems to have it all. He's a successful author and a minor celebrity living in Manhattan. It's a pretty big step up from his humble Canadian upbringing. Of course, his lycanthropy poses a bit of a challenge.

After waking up from his latest night of howling at the moon, he's naked, he's got a bullet hole in his leg, and he has a sneaking suspicion he ran into another wolf last night. A wolf that was stomping all over his home turf.

If he's going to make an evening talk show appearance to promote his latest book, he'll need to figure out what happened the previous night without letting his occasional heroics sidetrack him. Standing in his way are an agent, an ex-girlfriend, a variety of goons, and a fellow wolf encroaching on his territory.

It's just another day in the life of a polite, small-town Canadian trying to stay alive in the Big Apple.

A Canadian Werewolf in New York is a humorous thriller about an ordinary man dealing with extraordinary circumstances. If you like seeing an "every man" try to "do right" no matter the odds, then you'll love this suspenseful and comedic tale of a Canadian bumpkin who happens to be part wolf.

What listeners say about A Canadian Werewolf in New York