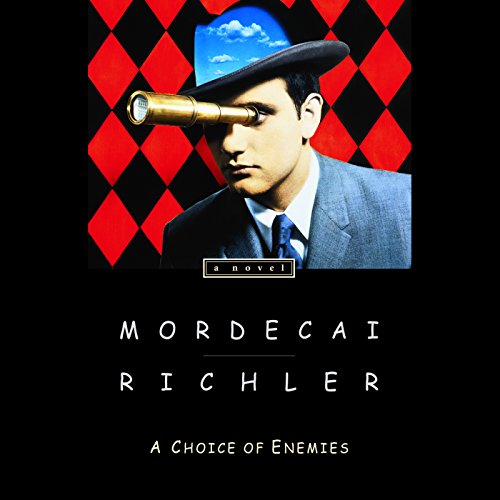 A Choice of Enemies

Written by: Mordecai Richler
Narrated by: Emmanuel Kabongo
Try for $0.00

A colony of Canadian and American writers and filmmakers, exiled by McCarthyist witch hunts at home, find themselves in London, England, where they evolve a society every bit as merciless, destructive, and closed-minded as that from which they have fled.

The bonds of the group are strained when Norman Price, an academic turned hack writer, befriends an enigmatic German refugee. Ostracized by his colleagues, Norman soon perceives how easily conviction devolves into tyranny. Believing that "all alliances are discredited", he enters a moral nightmare in which his choice of enemies is no longer clear. With relentless irony and biting accuracy, Mordecai Richler maps out a surreal territory of doubt, describing not only one man's personal dilemma but the moral condition of modern society.

What listeners say about A Choice of Enemies