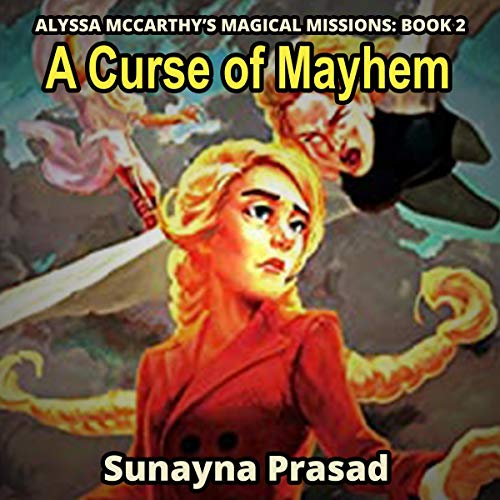 A Curse of Mayhem

Written by: Sunayna Prasad
Narrated by: Nicole B. Dolen
Try for $0.00

History, like magic, has a habit of repeating itself.

It’s been six months since 13-year-old Alyssa McCarthy left magic behind for good. Or so she thought.

Then, the enchanted objects that protected her disappear. Now, a skeleton named Errol has cursed her with magical powers that keep getting her in trouble. Suddenly, strange things are happening with disastrous effects, and if Alyssa can’t remove the magic, she will lose everything she holds dear.

In order to get rid of her unwanted wizardry, Alyssa will have to boost her bravery and confidence and determine who Errol really is. But every time Alyssa uses an enchantment, Errol is one step closer to getting his flesh back and becoming alive, and he will do anything to achieve his goals - even if it means destroying Alyssa’s happiness.

Originally published in 2016 as Wizardry Goes Wild and The Unruly Curse in 2019, A Curse of Mayhem is book two in the exciting and suspenseful Magical Missions series.

What listeners say about A Curse of Mayhem