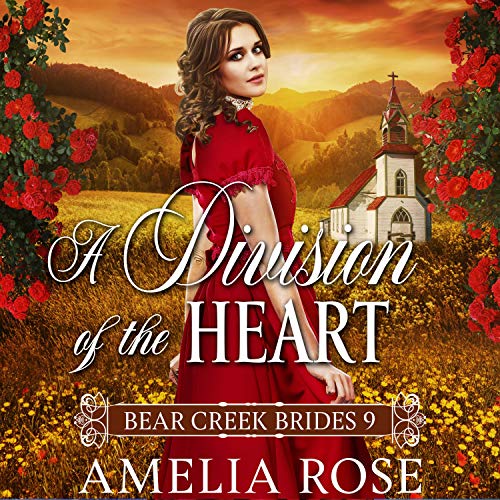 A Division of the Heart: Historical Western Bride Romance

Written by: Amelia Rose
Narrated by: Gina Dobbs
Try for $0.00

Determination, ambition, and passion are qualities Matilda and Danny have in abundance...but will their growing love for each other stand in the way of their dreams?

A traveling circus has found its way to Bear Creek, and with it, a wealth of interesting visitors has left the town buzzing with excitement.

Danny Frederick is a writer and photographer following the circus. He’s determined to find fame through his work, and Bear Creek has more to offer him than simple reports of acrobats and exotic animals.

His presence is met with a cocktail of suspicion and excitement, both amongst the Sioux and the townsfolk. His natural curiosity is usually his asset, but Bear Creek is not familiar with reporters or photography, and it’s clear that negotiating an interview is going to be more difficult than he thought.

One woman welcomes him easily though, and Danny is captivated by her independence. He’s never met a businesswoman before, and he wants to know everything there is to know about Matilda.

Matilda and Danny realize that a romantic entanglement would be complicated for both of them, but there’s no denying the strength of the feelings developing between them.

Danny needs to earn a living, but can he really bring himself to follow the circus out of town and leave Matilda behind? What would his future as a writer hold if he stayed?

Are Matilda and Danny brave enough to tell each other how they feel - and if they do, what will it mean for their futures?

A Division of the Heart is the ninth book in the Bear Creek Brides historical Western romance series. Lose yourself in a captivating story of two independent spirits determined to make their own way in the world, and find out if their love is strong enough to weave their paths together forever.

Immerse yourself in a gripping tale of love, purpose, and perseverance: click “Buy Now” right now.

What listeners say about A Division of the Heart: Historical Western Bride Romance

Another great read. love this anthology the characters are described nicely. The female leads are fierce, independent and loyal... can't wait to read the next one

loved the story line, cannot wait for next book. I love these type of books that continue.