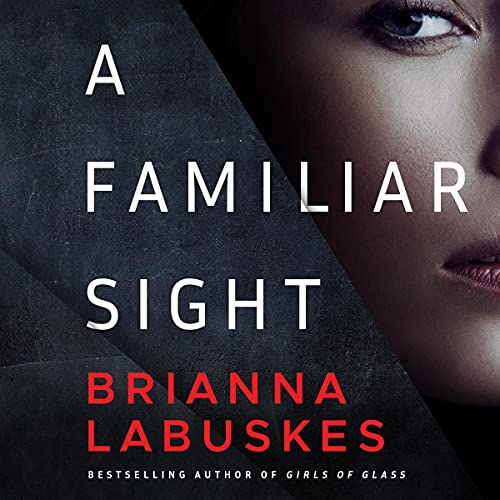 A shocking murder carries echoes of the past for a psychologist in a startling novel of suspense by a Washington Post and Amazon Charts bestselling author.

Psychologist and criminologist Dr. Gretchen White is a specialist in antisocial personality disorders and violent crimes. She’s helped solve enough prominent cases for detective Patrick Shaughnessy that her own history is often overlooked: Gretchen is an admitted sociopath once suspected of killing her aunt. Shaughnessy still thinks Gretchen got away with murder. It’s not going to happen again.

When a high-profile new case lands on Shaughnessy’s desk, it seems open and shut. Remorseless teenager Viola Kent is accused of killing her mother. Amid stories of childhood horrors and Viola’s cruel manipulations, the bad seed has already been found guilty by a rapt public. But Gretchen might be seeing something in Viola no one else does: herself.

If Viola is a scapegoat, then who really did it? And what are they hiding? To find the truth, Gretchen must enter a void that is not only dark and cold-blooded, but also frighteningly familiar.

What listeners say about A Familiar Sight

The way this story is told has apparently been off-putting to some readers. It shifts from present, where our sociopath psychiatrist (fascinating character, by the way) mainly stays, to varying times in the past, where Reed, the father of Viola and the boys, travels. Each chapter takes Reed further and further back in his storyline, and each trip reveals a little bit more of how we got to the present day situation - and the aftermath of his wife’s murder. These trips back in time also provide the multiple twists that I never saw coming. So I loved it.

I really appreciate an author who can create a storyline and characters who are different from so many other books that are out there these days. I plan to look for more of Ms. Labuskes’ work! The narration was good - I wasn’t sure about the Boston accents. They seemed to shift a little toward Brooklyn at times to me, but they both got the job done!

The story was very good, lots of twists and turns, drama and suspense. However what I found fascinating and unique is how we, the reader, were viewing it all through the eyes of a diagnosed and admitted psychopath. The view of life through the eyes of a person who terms 'normal ' people 'empaths' and has spent her life studying the emotions, facial expressions as well as reactions to situations so she can mimic them in order to survive life as 'different' without drawing attention to herself was both enlightening as well as interesting. I definitely recommend this book

Quite a Different Mystery

This book has a strange foundation, with Dr. Gretchen White being a known and self declared sociopath. She is a consultant in search of answers to various police cases. She coveys herself as being totally coldhearted but gives a glimpse of “empathetic” feelings. She warns those around her that thinking this could be their demise.

the book was ridiculous. why would you leave your two boys in a house where they were abused. and why wasn't the daughter that was a psychopath put away so she couldn't hurt people. that was just stupid and unbelievable.

Great twist! I loved it. I loved the characters and their story. I can't wait to listen to more by this author. The narration was excellent also.

First off, the families wealth and prestige would not exempt them from laws around physical abuse. Secondly, the author only has a Wikipedia knowledge of sociopathy. The male lead was pathetic and unlikeable. I liked the partnership between White and Marconi. The writing was lazy and the story contrived.
Narrators were great.

a psychopath who has decided not to let her urges turn her into something that she doesn't want to be her. Her very good friend was killed and she he's going to find out why.

Try not to fall prey to the details. No journal needed. Just let the story carry you and twist you. Good listen on a stormy evening (or three) with a glass of wine.

Don’t get hung up by the writing

The author is completely ignorant about sociopaths! And she must be a lesbian because only the women are strong and intelligent, and the men are pathetic wimps!
Reed is The worst representation of a man, I was disgusted by him.
Don’t waste your time reading this book that makes no sense is not intriguing or suspenseful, is slow, and has terrible characters!