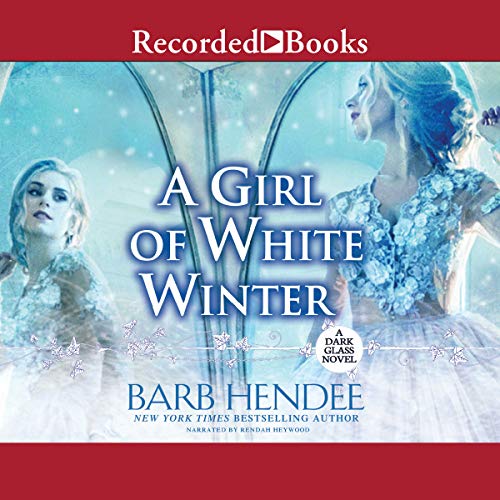 A Girl of White Winter

Written by: Barb Hendee
Narrated by: Rendah Heywood
Try for $0.00

Kara, as a ward with no parentage and no future, has been raised knowing nothing outside her lady's chambers. Until Royce Capello, a visiting nobleman, is struck by her ice-pale looks, and demands her as payment for the land the family needs.

With barely time to protest, Kara is sold and packed off for a life as a concubine until a raiding party descends on Royce's company and she's kidnapped for the second time in as many days.

Whatever happens, Kara will be alone in the world, inexperienced and fearing even the vast unfamiliar sky. But one raider gives her a choice - and a magic mirror appears to show her where each path will lead.

She can leave with her protector Raven and journey with his performing troupe, competing for his mercurial affections.

She can flee the raiders' settlement, and return to Royce's manor, chattel among devious nobility.

Or she can stay in the settlement, bound to firm, silent Caine, who is as gentle as he is staid and inscrutable.

Her fates twist and turn to affect far more than she could have guessed, tangling the bitter with the sweet - and Kara must choose which consequences she can live with.

What listeners say about A Girl of White Winter