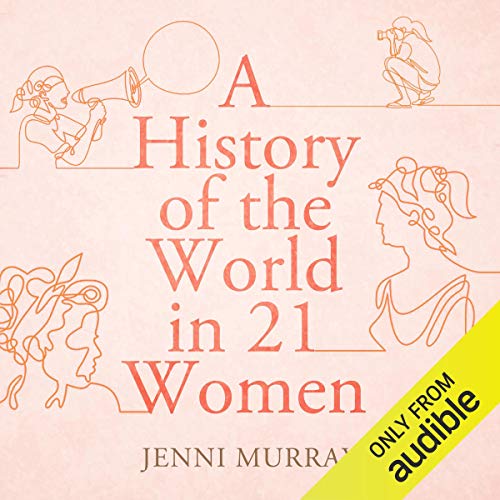 A History of the World in 21 Women

I was 10 years old when I came across Boadicea, and she became the first woman to make me realise that the designated future of a girl born in 1950 - to be sweet, domesticated, undemanding and super feminine - was not necessarily the case.

Britain has traditionally been defined by its conflicts, its conquests, its men and its monarchs. It’s high time that it was defined by its women. In this unique history, Jenni Murray tells the stories of 21 women who refused to succumb to the established laws of society, whose lives embodied hope and change. Famous queens, forgotten visionaries, great artists and trailblazing politicians - all pushed back boundaries and revolutionised our world. In Murray’s hands their stories are enthralling and beguiling; they have the power to inspire us once again.

A great book for what it is, but slightly misleading in title and blurbs. With just one or two exceptions, every woman profiled lived within the last century, and many are still alive. Hardly a “history of the world”. It IS a great book, but as someone interested in history frim much further back, I was greatly disappointed. Just understand what you’re getting!