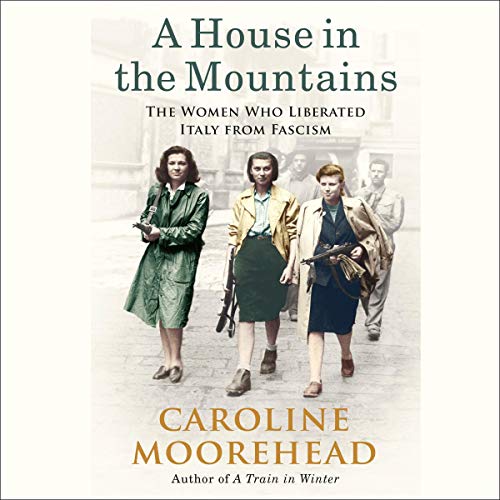 A House in the Mountains

Written by: Caroline Moorehead
Narrated by: Derek Perkins
Try for $0.00

The extraordinary story of four courageous women who helped form the Italian Resistance against the Nazis and the Fascists during the Second World War.

In the late summer of 1943, when Italy changed sides in WWII and the Germans, now their enemies, occupied the north of the country, an Italian Resistance was born. Ada, Frida, Silvia, and Bianca were four young Piedmontese women who joined the Resistance, living secretively in the mountains surrounding Turin. They were not alone. Between 1943 and 1945, as the Allies battled their way north, thousands of men and women throughout occupied Italy rose up and fought to liberate their country from the German invaders and their Fascist collaborators. What made the partisan war all the more extraordinary was the number of women in its ranks.

The bloody civil war that ensued across the country pitted neighbour against neighbour, and brought out the best and worst in Italian society. The courage shown by the partisans was exemplary, and eventually bound them together as a coherent fighting force. And the women's contribution was invaluable - they fought, carried messages and weapons, provided safe houses, laid mines and took prisoners. Ada's house deep in the mountains became a meeting place and refuge for many of them. The death rattle of Mussolini's two decades of Fascist rule - with its corruption, greed and anti-Semitism - was unrelentingly violent and brutal, but for the partisan women it was also a time of camaraderie and equality, pride and optimism. They would prove, to themselves and to the world, what resolve, tenacity, and above all, exceptional courage could achieve.

"A highly satisfying conclusion to the author’s series. Excellent, well-presented evidence of the incalculable strengths and abilities of women to create and run a country." (Kirkus Reviews, starred review)

What listeners say about A House in the Mountains

Amazing story but you would think that they could have paid for an Italian language coach.... mispronunciations of easy words that were almost laughable.

It was very enlightening, especially since my father was a combatant
Partisan.
The only critic I have is with the reader, his Italian accent and pronunciations was poor.