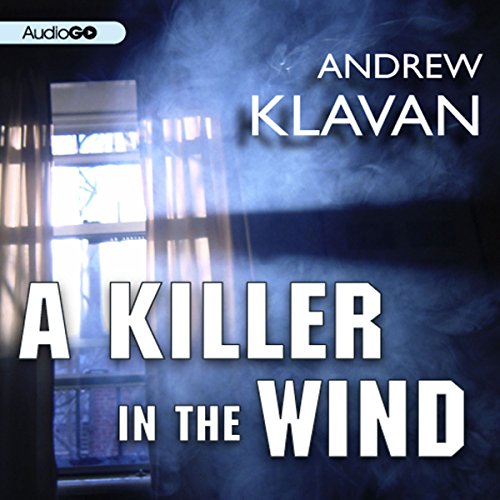 A Killer in the Wind

Three years ago, working vice for the NYPD, Dan Champion uncovered a sex slavery ring run by a kingpin known only as the Fat Woman. Obsessed with bringing her down, Champion infiltrated a world of sexual obsession and perversity. He broke the case, but the case also broke him. He started taking drugs and soon began to form hallucinations...a dead child prowling the streets of New York...a beautiful woman named Samantha who would have given him the love he always wanted - if she'd only been real. Now Champion is a small-town detective, chasing burglars and juvenile delinquents, hanging out at the local tavern where he is romancing a waitress.

The ghosts and hallucinations are finally behind him as he begins to rebuild his life. Then one night Champion is called to examine the body of a woman who has washed ashore. Yet when he looks at her face, he sees that it's Samantha, the woman he dreamed about long ago...a woman who doesn't exist. Suddenly, Champion is haunted again, only this time it's by a team of expert killers who want to make sure he never finds the truth: the truth about the dead child who wanders through his imagination; the truth about the lover who inhabits his dreams; and the truth about a killer who has been on the run - in the wind - for a lifetime.

The ghosts of the dead are all around him, and Champion has to find out who murdered them, fast, or he could become one of them himself.

What listeners say about A Killer in the Wind

Reality or a dream? Flashback or Hallucination?

A Killer in the Wind is a cunning, wild ride through haunting hallucinations and the hearts of evil men. The puzzle pieces within this mystery are largely scattered amongst the recessed memories of one detective. I finished this one a lot faster than I intended to. Couldn't help it.

Andrew Klavan is one of the most involving novelists in the business today, and he is an exceptional narrator as well.

He had me terrified, engaged and inspired. the plot was intense and the characters got my empathy and disgust.

awesome, freaking awesome! love the characters and I love the ending! love it love it!

This is a solid story. Klavan does a great job bringing characters to life, and is w en better at creating clever dialogue for each character, it brings the whole thing together. Highly recommend

Written by one of the best suspense/thriller writers of all time and Klavan reads it himself and does an excellent job. 10/10

I can not finish listening to this book. Just very boring. Doesn’t seem to have much of a story line. All about the character in the book.

Suspense at its finest

Andrew Klavan is masterful! I loved every minute of this book. His hero definitely lives up to the name Champion.

Gave a new meaning to “edge of my seat” to me

I just loved this book. Thank you, Mr. Klavan, for your writing and performance genius. God has been very good to you and I thank you for sharing those gifts with me. Donna~forgiven child of God

Another brilliant piece from Andrew Klavan. This story had me wishing it would not end.