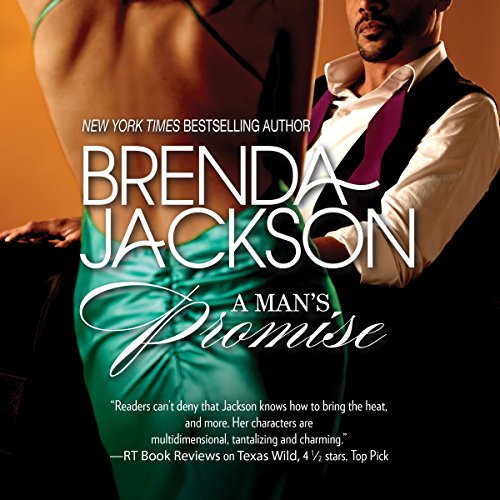 A man's word is his bond. His family is his strength. His heart is his own.

Superstar musician Caden Granger has spent years running from love, commitment, and family. Yet despite his fame and fortune, he knows the kind of respect and adoration he needs can come from only one person - the very woman who wants nothing to do with him.

Charity volunteer and owner of a wine boutique, Shiloh Timmons finally got her life on track once her relationship with Caden ended, and she's in no hurry to revisit a romance with the man who believes she left him standing at the altar.

If Caden can't have Shiloh by his side, all the success in the world will mean nothing. Now he has a chance to renew his promises...but is it too late?

I have to admit this series has a tight hold on me. Each time I end a book I can’t wait for the next one. My anticipation is so strong the I can hardly wait for my next credit. This time I won’t and I will simply buy the next book. I’m such a happy listener!

Audio cuts off at Chp 44

I love the mystery, suspense, and romance, but the audio wasn’t the entire book. It just stopped. It was right at the good part where everything was being revealed. This isn’t good. If we pay for the audio book, we should get the entire book.

The premise of the book was great, but the characters, especially the Granger brothers were not really likable to me. Caden was a dingbat a gullible one at that, all of the stuff happening around him and he was pridefully in denial. The carp with Shilohs father and what he sent him made me shake my head, so he felt no need to investigate further, he just took the word of a man who hates him?? Make it make sense. I couldn't stand Dalton, he was immature, spoiled, and entitled. He was rude and annoying, nothing likable about him. Jace was okay, I just couldn't stand how don't batty they were, well besides Jace, but that was only because of Wonder Woman, she was basically his brain. Storyline was good but the characters sucked and took away from the story.

Brenda Jackson does it again, Great read romance suspense and comedy. This is a series and I have read each one of the books I love the brother's rapport with each other, Dalton is hilarious. This is Caden's story, Ms. Jackson reels me in every time.

I love Ron's voice. he brings all the characters to life. I can't wait to read the 3rd book in the series. it is so juicy.

I loved this series,I just thought it would be great if we could find out what happened to the family after the dad came home. I know they all got married but what about the grand child.

It’s needs to be a movie made

I can't wait to read Book 3. This is a great series! Keep them coming, Brenda!

The suspense is so real. I love the flow of the story from beginning to end.

I enjoyed the story being read with a male voice. Wasn’t sure I would like it but I was pleasantly surprised. The storylines were a little difficult to keep up with because there were so many. I was extremely disappointed with the ending. It felt like it was really abrupt. It didn’t feel like all the loose ends were tied up.