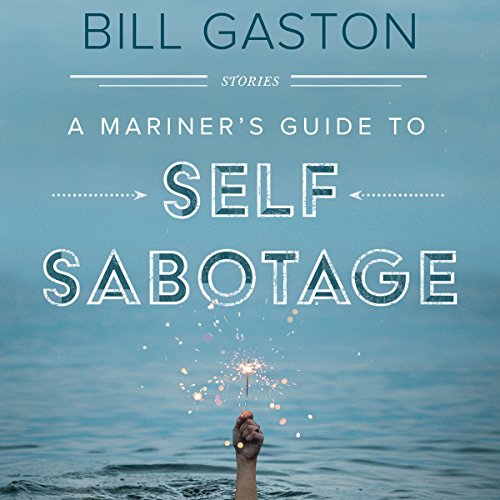 A Mariner's Guide to Self Sabotage

A Mariner's Guide to Self Sabotage

A Mariner's Guide to Self Sabotage is populated by the lonely and alienated, holders of secrets, members (or would-be members) of shadowy organizations, screw-ups, joyriders, and runaways.

Architects of their own destruction, Gaston's characters provoke an almost mythic response of simultaneous disbelief and recognition, as they painfully, deliberately, stubbornly carve a path for themselves, questioning every turn. Yet somehow, in spite of themselves, they sometimes manage to stumble into peace and even wisdom.

This set of 10 cautionary tales showcases Gaston's range and narrative versatility, moving seamlessly from the funny to the poignant to the surprising and absurd. The stories revel in the ironic and contrary, from a vegan working at a fish farm to a man getting his boat fixed the same day he plans to sink it to a man exchanging the keys to his Lincoln for a goat.

Gaston has a gift for making ordinary moments feel transcendent, capturing the everyday to such a precise degree that it becomes universal. A Mariner's Guide to Self Sabotage shows how the sublime sometimes reveals itself in the moments most people would rather put behind them.

"In this new collection Gaston's range is so wide, his technique so masterful, his tenderness, humour and intelligence so finely measured that he stops my heart." (Barbara Gowdy)

What listeners say about A Mariner's Guide to Self Sabotage