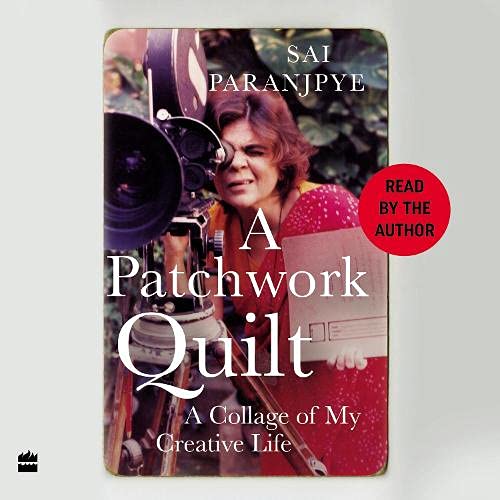 Director of the cult 1980s film Chashme Baddoor and critically acclaimed movies such as Sparsh and Saaz; seasoned Marathi theatre personality; winner of three National Film Awards and two Filmfare Awards; recipient of the Padma Bhushan - Sai Paranjpye has many feathers in the patchwork quilt of her creative life.

Sai started her career at All India Radio, later graduating from the National School of Drama and making her way into theatre, television, documentaries, and movies, working with some of the most highly regarded names of the Hindi film world. She met with success in the world of books, too; her Marathi translation of Naseeruddin Shah's memoir winning her the Sahitya Akademi award in 2019.

Frank, forthright, full of anecdotes, and written with a flair for recounting her multifarious journey in lively detail, A Patchwork Quilt is Sai Paranjpye's memoir that looks back on a life well lived.

What listeners say about A Patchwork Quilt