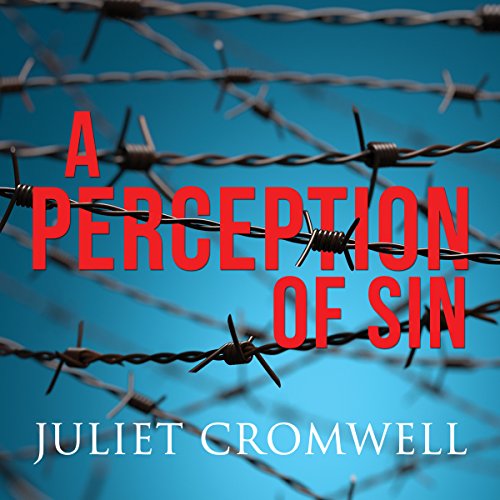 A Perception of Sin

Written by: Juliet Cromwell
Narrated by: Cathy Conneff
Try for $0.00

A Perception of Sin is a dark tale of forbidden sex, loneliness, and love. The story begins in modern-day London with a suicide bomb attack aboard an underground train. During the subsequent forensic investigation DNA taken from one of the adult victims is flagged up as a match to a Cold Case blood sample, dating back 25 years. The case is re-opened with chilling consequences.

Sin is what binds the characters and events together, as the story traverses the horrors of Bergen-Belsen, suicide and violent death alongside love, loyalty, and compassion, though it is never stated, assessed or judged.

That is left entirely to the listener to decide.

What listeners say about A Perception of Sin

I found this in the Romance Package. It isn't a romance. and I almost didn't listen because the summary listed a bombing in the London Underground and I like to escape in books. Bombings in the underground are not escapes for me. But . . something in the summary tweaked my curiosity and I gave it a listen. I think I needed to know how a London bombing, DNA remains, Bergen-Belsen and a cold case were all linked. They were. In a long twisting tale of two families. I listened on a long drive and it was perfect for that. I'm not going to lie. I cried. More than once. Hiccuping sobs. The passage comparing lost love to a skipping stone made my heart hurt. The characters were all very alive to me. I cared about them despite their flaws and failures. This isn't a laugh out loud, everyone is good and makes the right decisions and they all live happily ever after story. But it was good. really really good. The narrator was fabulous! I will look for more by the author and narrator.

It was dark and sad, but a good book. Took a little concentration to keep all the characters straight. I did enjoy how they all intertwined.

Too Long to get to the point

If you are looking for an LGBT+ story, go somewhere else. It’s not worth it. There are a few decent little tales in here that I would give 5 stars and parts that are zero but it takes way too long to get the the point. I had to skip through to get over the mind numbing words to get to that point. If it’s still free, why not listen.