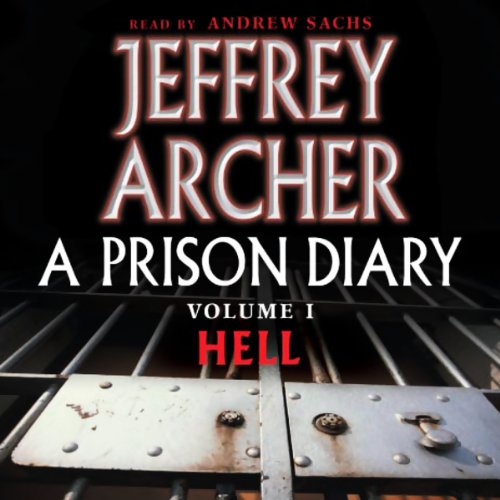 Written by: Jeffrey Archer
Narrated by: Andrew Sachs
Try for $0.00

The sun is shining through the bars of my window on what must be a glorious summer day. I've been incarcerated in a cell five paces by three for 12 and a half hours, and will not be let out again until midday; 18 and a half hours of solitary confinement. There is a child of 17 in the cell below me who has been charged with shoplifting, his first offence, not even convicted, and he is being locked up for 18 and a half hours, unable to speak to anyone. This is Great Britain in the 21st century, not Turkey, not Nigeria, not Kosovo, but Britain.

On Thursday 19 July 2001, after a perjury trial lasting seven weeks, Jeffrey Archer was sentenced to four years in jail. He was to spend the first 22 days and 14 hours in HMP Belmarsh, a double A-Category high-security prison in South London, which houses some of Britain's most violent criminals.

This is the author's daily record of the time he spent there.

What listeners say about A Prison Diary

Well worth the listen

Typical Archer. An absolutely boring existence behind bars brought to life by this fantastic storyteller. Please give us volumes 2 & 3.

This is a gripping audiobook, one that keeps you awake at night and forces you to reset your iPod's sleep timer time and time again. Great narration, only wish this was the unabridged version, I am wondering what I might have missed. Any chance of Parts II and III anytime soon?

Yes, I would recommend the book, but only if they were interested in what a person can go through if they get sent to prison.

The way it was written.. It's a diary and I found it very interesting given that I've never been to prison and hope I never do.

What does Andrew Sachs bring to the story that you wouldn’t experience if you just read the book?

The narration was excellent and the emphasis he puts on certain parts of the Audio book makes it highly enjoyable. Much better listening than reading when you have a good narrator.

A Prison Diary in the First Person

A good listen that I found highly enjoyable. My only complaint was that it was too short. I would have liked it to be a couple of hours longer.

there, but by the grace of god go I!

a really good real read, Jeffery Archer tells us about his fellow prisoners, his interest in others despite his opportunity for self indulgent self justification is refreshing.

The Diary and the Storyteller

Jeffrey Archer is unquestionably one of the finest contemporary storytellers. This diary is a departure from his core-skill and left this listener feeling short-changed.

What aspect of Andrew Sachs’s performance would you have changed?

Did A Prison Diary inspire you to do anything?

To stay out of jail.

I really felt for Jeffrey Archer in this book. The Narrator was fantastic and put so much emphasis into the story you actually felt you were there. Any news on when the next audible book is being done. I can't wait

Great read, can't wait for the next 2 books to be on audio, sorry it finished.