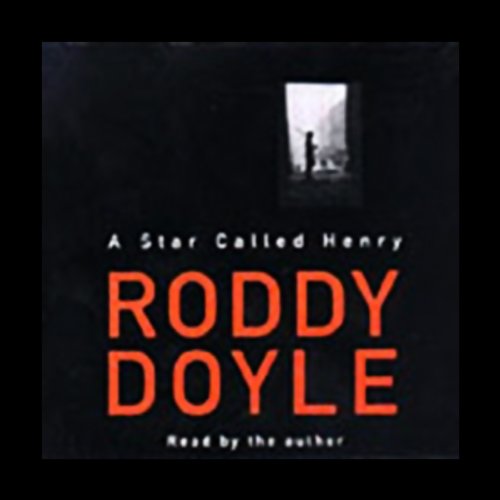 Born in the slums of Dublin in 1901, his father a one-legged whore-house bouncer and settler of scores, Henry Smart has to grow up fast. By the time he can walk he's out robbing, begging, often cold, always hungry, but a prince of the streets. At 14, already six-foot-two, Henry's in the General Post Office on Easter Monday 1916, a soldier in the Irish Citizen Army, fighting for freedom. A year later he's ready to die for Ireland again, a rebel, a Fenian and soon, a killer. With his father's wooden leg as his weapon, Henry becomes a republican legend, one of Michael Collins' boys, a cop killer, an assassin on a stolen bike.

An historical novel like none before it, A Star Called Henry marks a new chapter in Roddy Doyle's writing. It is a vastly more ambitious book than any he has written before. A subversive look behind the legends of Irish republicanism, at its centre a passionate love story, this is a triumphant work of fiction.

"This is a radical departure for Doyle, and a stunning success." (Amazon.co.uk)

What listeners say about A Star Called Henry

The best I have read from Roddy Doyle and a great take on a pivotal time in Irish history. I just wish Roddy would get his finger out and record the other 2 books there is an recording of the second book but it’s a shocking Irish accent