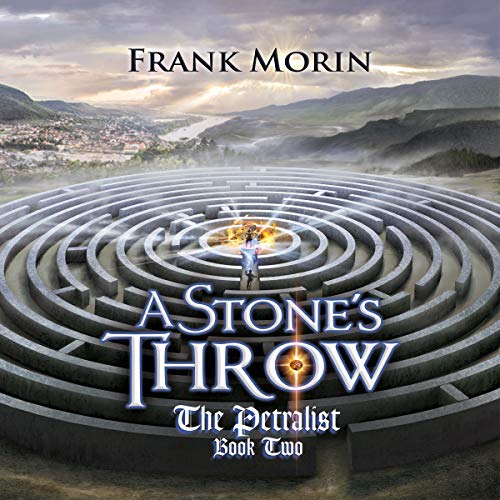 Connor's supposed to be dead. He's not very good at it.

He did save his village...by destroying it. And the armies vying to control his powerful curse think he's dead. But he needs patronage from a high lord or his curse will transform him into a raging monster.

So Connor creeps back into the land of the living, joining his Aunt Ailsa at the Carraig, the school of the Petralists, hoping somehow to find patronage on his terms. He should have known better.

At the Carraig it's all about the game, and the stakes have never been higher. With old enemies appearing from under every rock, Connor plunges into games within games that form a maze of conflicting loyalties and deadly intrigue.

Dying again isn't an option. So with the help of trusted friends, Connor launches his own game, breaking all the rules, gambling on the one chance at a free life with the girl he loves. The alternative is chaining his powers to one of the nations planning to unleash him upon the world.

Connor doesn't want to kill anyone. He might not have a choice.

What listeners say about A Stone's Throw

story was good but the growth of them see was little to none you still too much of an idiot hasn't grown in mental capability combat why she's grown significantly now it's all that's missing is as his mental growth.