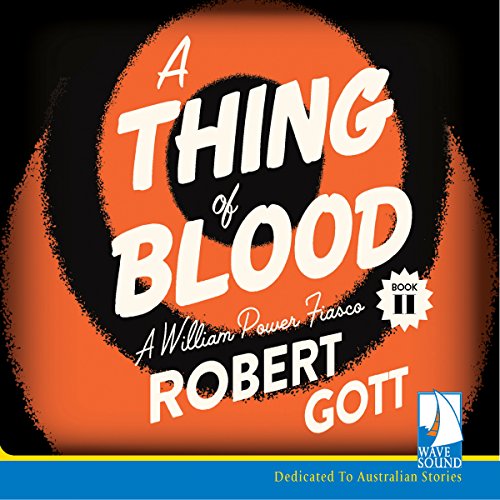 A Thing of Blood

Written by: Robert Gott
Narrated by: Paul English
Try for $0.00

Failed Shakespearean actor and would-be private detective William Power returns to Melbourne in this wry sequel that re-creates the tension and fear of wartime Australia.

Bloodied and broken but somehow unbowed, he arrives in a town struggling under war rationing and full of cocky American soldiers and lands squarely in the bosom of his childhood home in Carlton, now dominated by his sister-in-law, the odious Darlene. But even Will's contempt is tempered when, in the early hours of the morning, Darlene is kidnapped, and Will finds his mother's kitchen splattered with blood and scattered with broken crockery.

Soon murder and the fate of the nation are added to the mix, and Will realizes that he is the only one who can solve the case.

What listeners say about A Thing of Blood