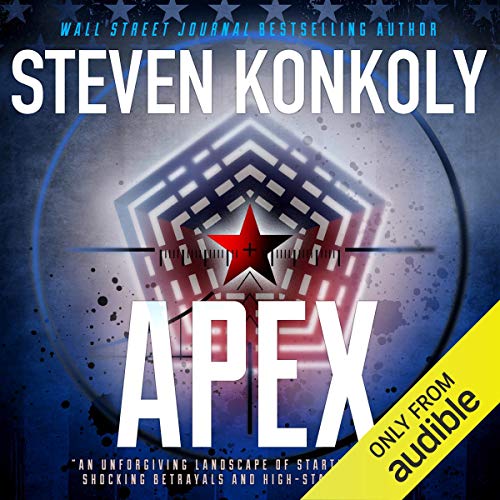 A tense alliance between General Sanderson and the CIA narrowly averts an apocalyptic attack by Islamic fundamentalists in Europe, but ultimately fails to recover the virus canisters. With the biological weapons still missing, the specter of an attack against the United States looms dangerously closer.

Desperate to stop Al Qaeda, Daniel Petrovich's "black ops" team is sent to investigate the last lead provided by Anatoly Reznikov, the twisted scientist responsible for designing the virus. What they uncover will shake U.S. authorities to the core. Every canister of the Zulu Virus has been shipped to the United States...

Back in Washington, D.C., this startling revelation is intensified by a grim discovery. Suspected Al Qaeda cells under FBI surveillance have been simultaneously massacred, targets of a shadowy domestic terror organization with ties to a rising political movement. When Special Agent in Charge Ryan Sharpe discovers that Al Qaeda lost possession of every virus canisters in the coordinated attack, he deploys Task Force Scorpion to hunt down a new breed of terrorist and recover the virus.

As Sharpe's task force unravels the curious fabric of True America's plot, they start to assemble the chilling details of an impending domestic bioweapons attack--on an unimaginable scale. With time expiring, and his task force running out of options, Sharpe embraces the illicit help of a sworn enemy, whose questionable tactics may be their only chance of stopping an insidious plan to destabilize the United States.

What listeners say about APEX: A Black Flagged Thriller

Too fractured - but had its moments

In my opinion, the writer spent too much time on military hardware and not enough on character development. On top of everything else, there were no easy characters to latch on to as favorites. Otherwise, the general plot and writing skills carried the audiobook enough to keep my interest. This release was not my favorite in the Black Flagged sherries.

Too complex for audio

Story was too complex to follow easily with so many characters. And you really need to recall the situation from the prior novel to make sense of it. Would be easier in print to track the names.

My second "Black Flag" book and absolutely better than the first. I'm ready for the next installment.
Thanks for a great read.

Disturbing & Unsatisfying on many levels

I have listened to all 3 books in this series, the first one was the best of the three, and this might be the least. The plots have potential but I think the double and triple secrecy, distrust, convoluted plots, number of characters, the ease or frequency that characters are killed off, and lack of a likable protagonist make it difficult to feel satisfied at the end of the book. I have listened to the Grey Man, John Wells, Jack Reacher, John Rain, Johnathan Quinn, Pike Logan and other espionage series and this is by far the series that is the most graphic, cavalier and liberal with the use of torture. It also goes to great lengths to describe multiple times the human body’s reaction to being hit with various types of ammunition. It almost feels like the author has a fascination with firearms with the level of detail given to them and the ammunition, torture and bullets penetrating flesh. The whole series feels off, a bit disturbing or unsettling. Even Tom Wood’s Victor and Barry Eisler’s John Rain series about assassins are satisfying, this Black Flag series isn't. Listen/read the first book but stop there.

The third book in the series did not disappoint. Great seat of your pants action from start to finish. I am so glad I found this series and I am looking forward to the next. This rates right up there with Vince Flynn, Brad Thorn and Mark Greaney.