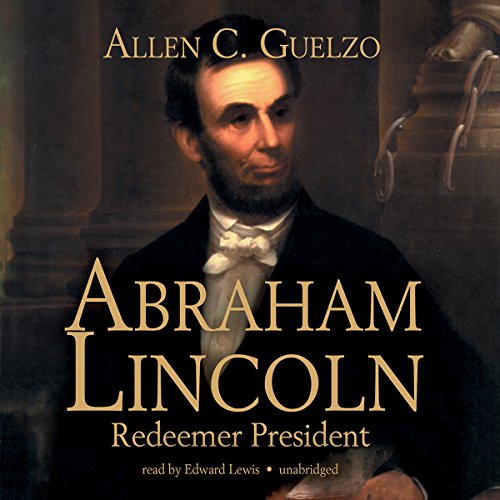 This unique intellectual portrait explores the role of ideas in Lincoln’s life. Guelzo presents Lincoln as a serious thinker deeply involved in the problems of 19th-century thought, including those of classical liberalism, the Lockean Enlightenment, Victorian unbelief, and Calvinist spirituality. Lincoln emerges as a philosophical man who appropriates certain religious values without adhering to any religion, who insists on the pre-eminence of self-interest in spite of becoming the Great Emancipator, and who appeals to natural law and natural theology in politics while remaining a classical 19th-century liberal in principle. Based on primary materials from a wide variety of archives, this insightful work sheds light on the intellectual conflicts that led to civil war and that still influence today’s “culture wars.”

“Out of the countless volumes written about our 16th president, [this] ranks quite simply among the best.” ( Wall Street Journal)

What listeners say about Abraham Lincoln

A Full and Beautiful Picture

Never have I learned so much about a person I thought I already knew. This is a great book on Audible as it makes all the details flow into a story without the common monotony sometimes accompanying long biographies. Made me love Lincoln even more.

Great book on Lincoln, a must read

This is an extremely thoughtful analysis of Abraham Lincoln. It is so well-written that it overcomes the awful, robotic reading. I would highly recommend, just push through the presentation.