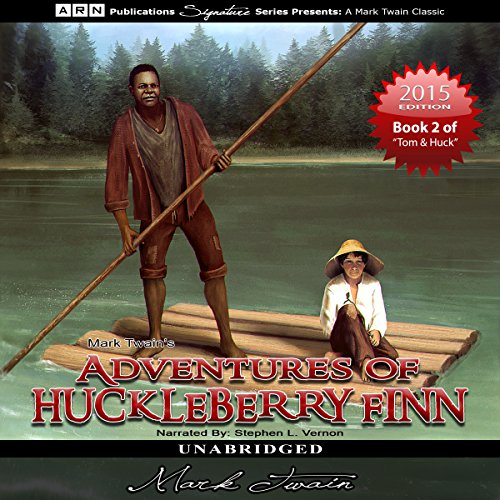 Mark Twain's The Adventures of Huckleberry Finn delivers the details of Huck Finn's life after the landmark novel Tom Sawyer, at the end of which Huck becomes fairly rich for a young person. In a stroke of maturity, however, Huck entrusts his small fortune to Judge Thatcher, who he can rely on for safekeeping. The next day, Huck's biological father comes into town in pursuit of his son and the money. Having lost the chance at the latter, his father kidnaps him, forcing Huck to fake his own death just to escape. Thus begins one of the most gripping cross-state adventures in literary history, as Huck joins a slave named Jim and the two of them plot their respective flights down the Mississippi River.

Throughout the novel, Huck and Jim find themselves in a series of potentially compromising situations, especially since Jim is an escaped slave and there is a price put on his head. Huck eventually reunites with his old friend Tom Sawyer, who delivers a piece of news to him about Jim and Jim's former owner that is both shocking and joyful. A true masterpiece in exposing race relations as well as a young man's knack for adventure and misfortune is widely represented throughout this novel, which contributes to its timeless placement in the literary canon.

What listeners say about Adventures of Huckleberry Finn

a little RACEy for this era

good description of normal language for that time. Huckabee even called his friend, "Nigger Jim"