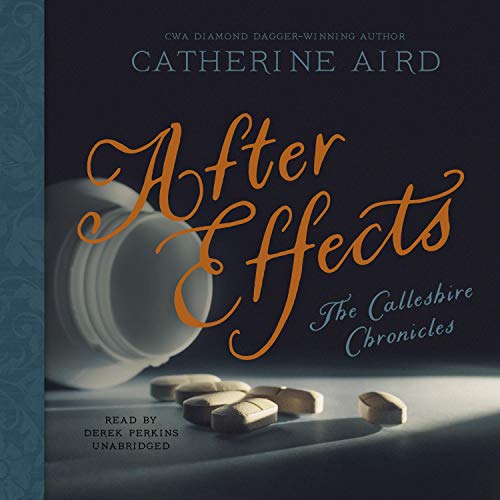 Written by: Catherine Aird
Narrated by: Derek Perkins
Try for $0.00

In this mystery by CWA Diamond Dagger winner Catherine Aird, Detective Inspector C. D. Sloan investigates a case of medical malpractice that looks a bit too much like foul play

Muriel Ethel Galloway passed away at home, twitching and grasping at objects only she could see. Her family mourns, sad but unsurprised that an old woman suffering from heart disease should die suddenly. But when Mrs. Galloway's son receives an anonymous call alerting him that his mother's life was put in jeopardy by her doctors, he demands action from the Calleshire police.

As world-weary detective C. D. Sloan learns, Mrs. Galloway's passing was just one in a string of eerily similar deaths. Dozens of elderly patients suffering from heart disease have been "gently pushed" toward taking part in the Cardigan Protocol, a double-blind drug trial from the powerful pharmaceutical company Gilroy's. Something, it seems, is very wrong.

But what might have been a simple malpractice case morphs into something much more complex when the doctor in charge of the trials goes missing and the headquarters of Gilroy's is burgled by animal rights activists. As Detective Sloan well knows, murder is never a simple matter.

What listeners say about After Effects

Love this series. A couple I’ve not enjoyed the subject matter of, just a personal preference, but most are very satisfying.

It was a major slog just to get through it. was happy to see the end of it for sure.