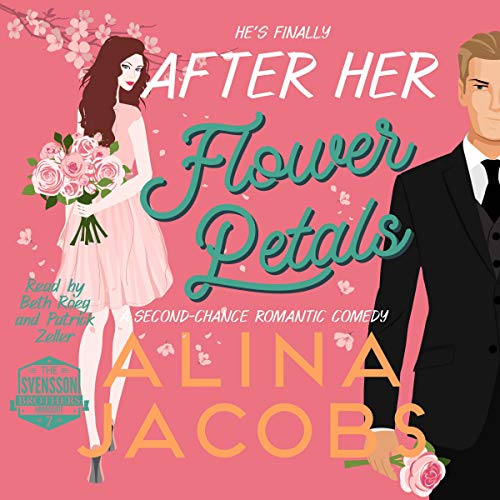 After Her Flower Petals

Five years ago, I royally screwed up, lied, and broke the heart of the woman I love.

A sane man would buy her a nice present and grovel.

Guess I must be crazy.

I love Meg more than anything.

So why am I running against her for mayor of Harrogate?

That lying, scheming, son of a *bleep!*

He handed me a bouquet, smirked, and asked if I liked having his hands on my flower petals.

Next thing I know, I’m homeless and penniless, and Hunter’s trying to steal my job!

After imploding my life five years ago, I swore I was going to get over him - which is kind of hard in a small town, where he’s schmoozing people at every meeting and somehow crashing all my dates.

I love my town, and care about the people in it.

I’ve been the de facto mayor since I moved back.

And I’m not letting some entitled billionaire waltz in and take my job.

Hunter might think he’s going to win - after all, he is the most eligible bachelor in our small town, with his washboard abs, billions, and fast cars.

All the women want him.

I’m not going down without a fight.

I know Hunter’s still hung up on me.

A low-cut top and a push-up bra, and he’s a drooling idiot at the first debate.

The election is as good as mine.

As long as I don’t let Hunter and his panty-melting promises of - ahem - stress relief distract me.

As long as I remember not to lose my heart.

This standalone, full-length romantic comedy has no cliffhangers but does have a swoon-worthy HEA! It features plenty of steam, the largest selection of hot brothers to ever grace your ears, and second-chance romance that is long overdue!

Author Note: There is a prequel novella to this book, After His Peonies, which you may want to listen to first, but it is not absolutely necessary!

What listeners say about After Her Flower Petals

The conclusion to Hunter and Meghan's story is here!! I have been looking forward to their HEA from the very beginning.

They went from falling for each other to enemies, and now they are finally working through everything. That's not to say there isn't drama and new issues that arise.

This is definitely Hunter and Meghan's book, but, of course, we get to see both their families and catch up with favorite characters. It is always fun to see the Svensson brothers.

The author's trademark humor is present in both the dialogue and plot. I often found myself cracking up as I read. This is definitely a satisfying ending to both Hunter and Meghan's story and this series. I can't wait to see where the author goes from here!