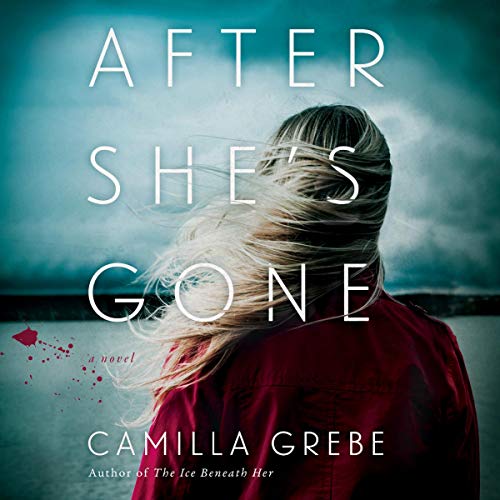 Brought together by a brutal murder, a psychological profiler who’s lost her memory and a teenage boy with a fiercely guarded secret become unwitting, unlikely partners in this race to stop a killer - “Nordic noir at its best” (Booklist, starred review).

Named the Best Nordic Crime Novel of the Year by the Crime Writers of Scandinavia.

Out of the frozen depths of a forest in Ormberg, Sweden, a woman stumbles onto the road. Her arms are covered with scratches, her feet are bare, and she has no memory of who she is. Local police identify her as psychological profiler Hanne Lagerlind-Schön, who, with her partner, had been helping investigate the cold case of a young woman’s murder. Hanne begins to recover but cannot recall anything about where her partner is, or what their investigation had uncovered before her disappearance. Police have only one lead: a young woman in a sequined dress who was spotted nearby the night Hanne was found.

The young woman doesn’t come forward because she doesn’t exist: Jake Birgersson, a local teenager, had been out walking in his mother’s dress and sister’s makeup, his secret shame and thrill. Terrified of discovery, Jake hid and watched Hanne get into a car, leaving behind her diary.

Reading Hanne’s notebook, Jake realizes that it contains the key to a major breakthrough in the case - but turning it in would mean admitting the truth about who he is. When another murder victim is found in the woods, Jake realizes that Hanne herself is in danger, and his only choice is to find and warn her so that together, they can stop the killer before he strikes again.

Praise for After She’s Gone:

“[A] stellar crime novel.... Grebe delivers an unflinching, heart-wrenching message about the plight of refugees in this scorching thriller.” (Publishers Weekly)

What listeners say about After She's Gone

Great Mystery, couldn't turn it off!

Good story. Strong start and unexpected finish. I finished it in 3 days! I liked having multiple narrators, but not the man's reading too much, very dry and bland. Not sure if it was the writing for that character or the narrators interpretation..

It took me a minute to get into this one, but I’m glad I stuck it out. Two murders ten years apart, maybe more, a town that feels left behind-and slighted, and a boy struggling with his view of the world from where he stands…. It was hard to understand the connection between the three narrators at first, maybe something was lost in translation. But the ending was fantastic and the suspense was just right!

A great story well read and timely.
I can recommend to anyone who likes a mystery wrapped in a current world conflict.

Beautiful story, beautifully performed, and a beautiful message. The ending was difficult, but tied things up very well. Also, some of the main character’s comments made me uncomfortable, to the point that I almost abandoned the whole thing. If they make you feel the same way, don’t give it up early. It’s by design; just stick it out til the end. I’m definitely glad I did.