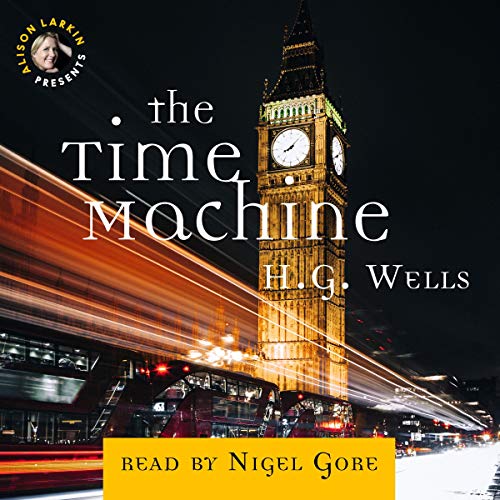 The father of science fiction predicted the events of the next century with almost 100 percent accuracy. In The Time Machine he depicted a dying world destroyed by humanity long before anyone realized climate change was becoming an urgent issue, making the famous story even more chillingly relevant today.

Inventing the now-familiar concept of time travel, Wells sends his English scientist 802,701 years into the future, where he encounters our own earth, now dying by inches, populated by the sweet but feckless Eloi and threatened from below by the malevolent Morlocks.

Shakespearean actor Nigel Gore’s powerful narration of The Time Machine is followed by an exclusive interview with John Kress, distinguished scientist and curator emeritus at the Smithsonian, who talks with award-winning producer Alison Larkin about the alarming links between the future H. G. Wells imagined for humanity in 1895 and how climate change is affecting the world today.

What listeners say about Alison Larkin Presents: The Time Machine

What a wonderful audiobook! The narration is superb and the story is still relevant and riveting. I was quickly involved and listened to it in one sitting as I drove to see my Mom in Maine. I loved it. - and the interview at the end with John Kress was fascinating! Yes, H G Wells did predict so much of what is going on today. Don't hesitate to get this. This audiobook is so entertaining - I love Nigel Gore's narration. A real treasure.