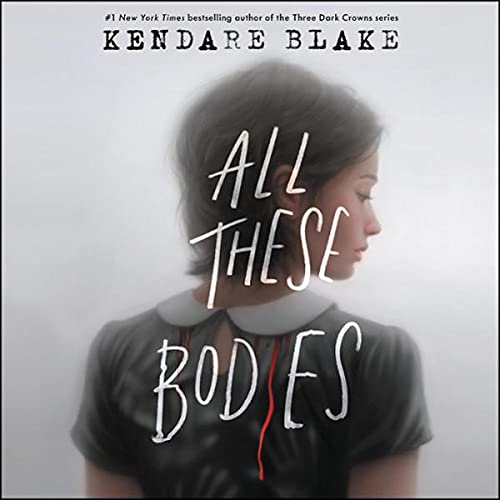 Sixteen bloodless bodies. Two teenagers. One impossible explanation. In this edge-of-your-seat mystery from number-one New York Times best-selling author Kendare Blake, the truth is as hard to believe as it is to find.

Summer 1958. A gruesome killer plagues the Midwest, leaving behind a trail of bodies completely drained of blood.

Michael Jensen, an aspiring journalist whose father happens to be the town sheriff, never imagined that the Bloodless Murders would come to his backyard. Not until the night the Carlson family was found murdered in their home. Marie Catherine Hale, a diminutive 15-year-old, was discovered at the scene - covered in blood. She is the sole suspect in custody.

Michael didn’t think that he would be part of the investigation, but he is pulled in when Marie decides that he is the only one she will confess to. As Marie recounts her version of the story, it falls to Michael to find the truth: What really happened the night that the Carlsons were killed? And how did one girl wind up in the middle of all these bodies?

What listeners say about All These Bodies