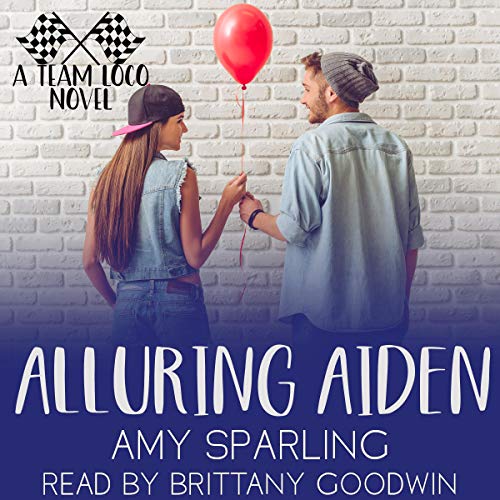 Written by: Amy Sparling
Narrated by: Brittany Goodwin
Try for $0.00

Aiden is supposed to be travelling the country with his professional motocross racing team. He isn’t supposed to break his wrist over summer and be benched for the whole fall season. He definitely isn’t supposed to find himself falling for a hometown girl who loves dirt bikes as much as he does.

And when her boyfriend cheats on her, he probably shouldn’t agree to be her fake boyfriend just to piss him off.

But Aiden has never been good at doing the right thing.

Jenn’s relationship just fell apart. She thought she’d had it all: a hunky motocross racer boyfriend, an awesome job at her dad’s shop, and a promising career as a physical therapist on the horizon. Then it all falls apart, leaving her broken and hopeless.

A fake relationship might get back at her ex, but there’s something in the way Aiden looks at her that doesn’t feel very fake at all.

Alluring Aiden is the second stand-alone book in The Team Loco Trilogy, a series of flirty, upper Young Adult contemporary romances. Contains steamy scenes, no cliffhanger, and a happily-ever-after.

What listeners say about Alluring Aiden