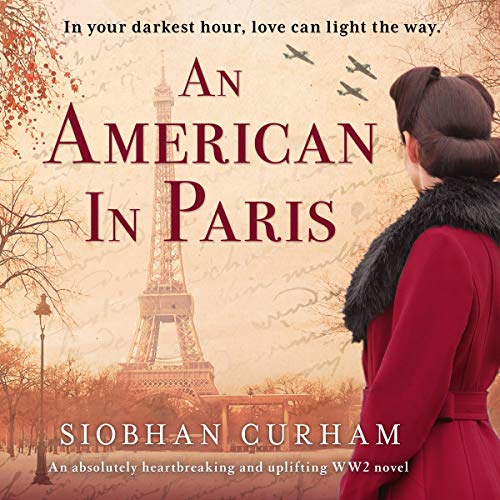 An American in Paris

Written by: Siobhan Curham
Narrated by: Laurence Bouvard
Try for $0.00

Paris, 1940: Walking through Montmartre that morning was like the eerie calm right before a storm. The roads were deserted. We carried on, arm in arm, and then finally, we saw them. Columns and columns of soldiers, spreading through the streets like a toxic grey vapor. "You must write about this," he whispered to me. "You must write about the day freedom left Paris."

As Nazi troops occupy the City of Lights, American journalist Florence is determined to do everything she can to save her adopted home and the man she loves.

Florence had arrived in Paris in 1937 and on a beautiful summer’s day met and fell in love with Otto, a Jewish artist from Austria, who had fled persecution in his homeland. But as swastikas are draped along the city’s wide boulevards, everything Otto was running from seems to have caught up with him.

Both Florence and Otto begin lending their talents to the Resistance, working to sabotage the Germans right under their noses. Florence’s society columns that before the war were filled with tales of glamorous Parisian parties now document life under occupation and hide coded messages for those fighting outside France for freedom. While Otto risks arrest in order to pin up the anti-Nazi posters he designs by candlelight in their tiny apartment.

But with every passing day, things become more dangerous for Otto to remain in Paris. If Florence risks everything by accepting a secret mission, can she ensure his survival so that they can be reunited once the war is over?

A sweeping wartime story that will capture your heart and never let it go. Fans of The Alice Network, The Lost Girls of Paris, and My Name Is Eva will be absolutely gripped from the very first moment.

What listeners say about An American in Paris

Interesting story concept but not told well. Dialogue was awkward. Maybe because this reader did it no favors. Her accents were terrible. She didn't express the same emotions the words did.

I have a major issue . I’m 70 yr old and lived in the south in 5 different places. Nobody but TV people and actors pretending to be southern talk like the main character and her friend Certainly NO native person has this ridiculous exaggerated twang . It was almost enough to make me stop listening but ww2 historical fiction is my favorite genre. The story was pretty good. More love story than resistance. At no time was I on the edge of my seat. It lacked that kind of action I loved the passion Florence had and her never giving up. That was inspiring. To me. I really liked Sage and her attitude not something young people have today. Ms Durham has the making of a great writer Just needs to tie up loose ends a bit more. Will read more from her soon