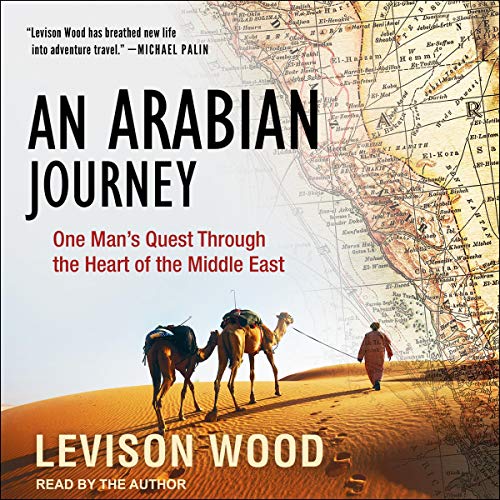 Following in the footsteps of famed explorers such as Lawrence of Arabia and Wilfred Thesiger, British explorer Levison Wood brings us along on his most complex expedition yet: a circumnavigation of the Arabian Peninsula.

Starting in September 2017 in a city in Northern Syria, a stone's throw away from Turkey and amidst the deadliest war of the 21st century, Wood set forth on a 5,000-mile trek through the most contested region on the planet. He moved through the Middle East for six months, from ISIS-occupied Iraq through Kuwait and along the jagged coastlines of the Emirates and Oman; across a civil-war-torn Yemen and on to Saudia Arabia, Jordan, and Israel, before ending on the shores of the Mediterranean in Lebanon. Like his predecessors, Wood traveled through some of the harshest and most beautiful environments on Earth, seeking to challenge our perceptions of this often-misunderstood part of the world.

Through the relationships he forges along the way - and the personal histories and local mythologies that his companions share - Wood examines how the region has changed over thousands of years and reveals a side of the Middle East we don't often see in the media.

What listeners say about An Arabian Journey

Well written story about his Arabian journey. Many times we questioned why from war to snow covered passes. The book is about his journey. But the guides, and other people he interacted with made it personal.

once again levison gave me a perspective of places I've never been in contrast to cnn and fox news. excellent. I wish he would live in a misunderstood area for a year and then write about it.

This is a non-fiction book. Well done and enjoyable. I like the style and voice of the author.

Adventure is out there waiting to meet you.

If you have ever wondered what the world is really like, these walking adventures will give you a look into the world beyond the end of the roads where life and adventure begin. lucky me had 7 years of walking in the Himalaya in Nepal and India and 20 years of rafting wilderness rivers in North America. maybe these tales will inspire you to walk off the map into another world of people and places you will never forget.

Performance: Sometimes for writers to read their own books is working out, however not so much in this case. At times, it felt like the writer-reader was trying to finish a paragraph on one exhale. There was little variance in intonation or diction.

Story: one gets a good cultural overview on variety of cultures and nationalities living in Arabia, as well as current political conditions. However, there is still a sense of reflective depth that is missing, it comes a bit at the end but a bit too late.

In a single description: Country by country travel journal of a traveler who is ticking the box on mapped destinations, which at times are difficult to get to.

I enjoyed listening to this adventure around the Middle East and following on the map. Informative and interesting.

levison illustrates that no matter where or what we believe....We all want peace. something lost in the West with all its modernity.

I have listened to all of Levison Wood's books and just like the otherwise this one is perfection! he is just a gifted story teller

I enjoyed the story. Lev needs to slow down a bit and let us enjoy it the characters a bit more. It was as if he was in a rush. Good story though, would recommend. Left wanting more!

A truly amazing story of one man’s quest to understand the Middle East deeper than the headlines.