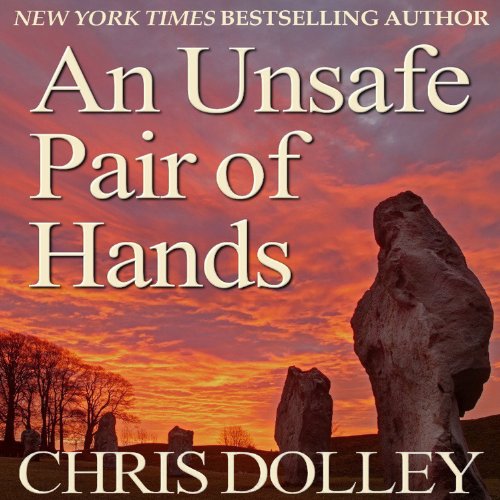 An Unsafe Pair of Hands

Written by: Chris Dolley
Narrated by: George Orlando
Try for $0.00

Peter Shand is the 'safe pair of hands' - a high-flying police administrator seconded to a quiet rural CID team to gain the operational experience he needs for promotion. On his second day he's thrust into a high-profile murder case. A woman's body is discovered in an old stone circle - with another woman buried alive beneath her.

The pressure on Shand is enormous.The media is clamoring for answers, but everything about the case is baffling. Then a local journalist singles out Shand as the reason for the lack of progress, and goads him at a press conference. Shand responds by inventing a lead, andkeeps on lying - to the press, his boss, his team - telling himself that he'll solve the case before anyone finds out. And then another murder occurs. And had there been a third?

Shand begins to doubt his ability. He's desperate, increasingly unpredictable, pursued by an amorous psychic, and somehow gaining a reputation for arresting livestock. Which will break first? The case, or Shand? Chris Dolley is a New York Times best-selling author.

What listeners say about An Unsafe Pair of Hands

Peter Shand was in his current position because he needed some hands on experience as an investigator. Until now all of his police work had involved administrative evaluation of cases handled by other CID officers. While he was excellent at what he did it did not prepare him for what would happen when the quiet rural patch he had been sent to would become the center of a media frenzy when a woman's body is found in the center of a stone circle with another woman buried alive beneath her.

He also finds that far from peaceful, the village has a simmering underbelly where incomers are fighting with villagers for control, where the weapons are Parish Counsel elections, livestock, and local legends.

The book was quite fun as poor Peter struggles to get his feet under him as he deals with a local psychic, a malicious reporter, and another murder.

The only problem I had was with the narrator. While he wasn't terrible in the sense that you could clearly understand his voice except when he came up with some very peculiar pronunciations of "denouement" and "assuage". He had a middle of the road US accent except when he assayed some truly dreadful local accents-- I had no idea what part of the UK he was aiming for with these. Given the book was set in England this was distracting and did the book a disfavor.

Luckily this was a whispersynced audible deal because I would have been really annoyed if I had paid more than a couple of dollars for the narration.

What would have made An Unsafe Pair of Hands better?

If a book based in an English village was narrated by someone who spoke in English and pronounced the words properly.

The Purity of Vengeance

He was American, not English, his attempt at a Scots accent wobbled between Irish and New England.

The story, as far as I listened, had some potential.

I have listened to over a thousand Audible books and while I have truly enjoyed most of them,and also returned a couple or three, this is the first time I have felt it necessary to give my opinion.

a British procedural, but....

This story is a cute British procedural read by an American narrator whom I find extremely irritating. His rapid "Joe Friday" style for the protagonist is totally unsuitable for this type of book. His mispronunciation of not uncommon words (assuage and disreputable come quickly to mind) leave you trying to figure out what he meant and the rapid fire delivery leaves you trying to catch up to the story line when you do. I recommend you read this book rather than listen to this audio version.

This murder mystery was very entertaining with lots of plot twists great human insight and a few belly laughs. It is just too bad the narrator rather confidently mispronounced several words.

Good plot. I enjoyed the hook at the end but was so disappointed with the narrator. So many mispronounced words that I caught myself waiting for them.

Could not stop listening. Performance was great, characters were believable and the story flowed smoothly. Very enjoyable.

Start with a dubious premise: long-time desk cop sent to boonies to get operational expertise; add a lot of hand-wringing internal dialogue; overlay that with an illogical plot; then filter the mixture through a mispronouncing narrator, and you get An Unsafe Pair of Hands.

George Orlando has a pleasant delivery that's easy to listen to. He doesn't have any idiosyncrasies or verbal tics that distract from the story's flow.
However ...
- His performance is fraught with mispronunciations. Two examples: tableau and denouement, mispronounced every time.
- The story is set in a rural English constabulary, but the narration is (mostly) Midwestern American. That would probably have been tolerable if the entire narration had continued in a Midwestern American accent. (Incongruous, but tolerable.) But ...
- For some reason, Orlando decided to try some "local flavor" accents, with an execrable Scottish brogue for one character and a laughable "London" accent for another. The jarring intrusion of these accents into the "American" flow truly distracted.