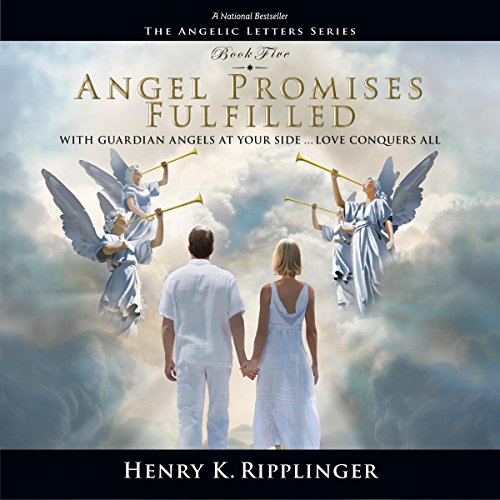 Henry couldn't get over the fact that he had purchased Jenny's home! It was all there in her diary , which he had just discovered the day before. How they had met in 1956 and instantly fell in love and the wonderful summer that followed, only to end when Jenny's family moved away. Although separated for 32 years, their love was sustained by an angelic power that had never waned. If only he had known sooner that his teenage sweetheart was critically ill in the care home just miles away...the time they could have spent together!

Incredibly, Camilla, too, had just discovered the truth that Jenny is her birth mother and on her death bed in the care home that Henry is racing to! Fear grips Camilla at the thought of losing her mother again.... Will she ever find out if Henry is her birth father?

Even Father Engelmann had been astonished to learn that the Jenny he had been seeing in the care home for the past few months was the same young girl who had frequented his store so long ago - and Henry's first love. He knew there was something special about Jenny Hamilton...but how could he possibly have known? In his final act of love, and in hope that the two lovers can finally realize their deep love for one another, Father Engelmann offers his life for Jenny's. There is no greater love than to lay down one's life for a friend.

Will the Lord accept Father's plea to take his life for Jenny's? Can Camilla and Henry reach Jenny in time? And what of Jenny and her wish to her guardian angel to see her beloved Henry and Camilla before she dies? Can her angel's solicitude to God answer Jenny's prayer?

Angel Promises Fulfilled, book five in The Angelic Letters series, powerfully examines many life challenges, such as forgiveness, unconditional love, and why God allows suffering and pain in the world. The insights revealed through the author's beloved characters will have an astounding, transforming effect on your life.

Once I started reading this series I just loved it and had a hard time putting it down. I am happy to hear there is another book in the series and can't wait to read it too.